Eivind Kolding to Be the New CEO of Novo A/S 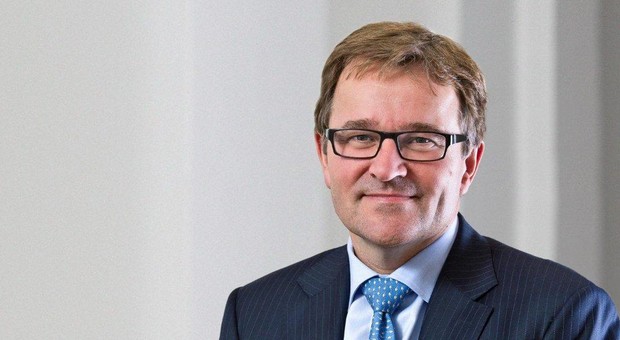 Eivind Kolding is taking over as the CEO of Novo A/S from 1 May 2014. He succeeds Henrik Gürtler, who is stepping down on 1 August 2014.

Commenting on the change, Sten Scheibye, Chairman of the Board of Novo A/S, says: “I want to thank Henrik Gürtler for his significant contribution and excellent results during the entire period from the creation of Novo A/S in 1999 to today. As a member of the boards in the Novo Group and as the person responsible for the investments of Novo A/S, Henrik Gürtler has contributed greatly to the substantial increase in value that took place during his tenure. We are also looking forward to working with Eivind Kolding, whose considerable experience in the financial sector, participation in major transactions and international management experience will be able to drive the continued expansion and growth of the Novo Group.”

Henrik Gürtler says: “This changing of the guard has been planned for a long time, and I am pleased that we have been able to find a capacity such as Eivind Kolding to be the new head of Novo A/S. I am looking forward to working with Eivind for 3 months to ensure the best possible handover of responsibilities and projects that are already in the pipeline.”

Eivind Kolding continues: “The Novo Group has developed enormously in recent years, and today Novo A/S is one of the world’s most active investors in the life sciences. I look forward to working with the talented team at Novo A/S, and I will do my utmost to continue the value creation that has characterized Novo A/S so far and for which my predecessor has been responsible.”

Eivind Kolding graduated with a law degree from the University of Copenhagen in 1983 and was admitted as a lawyer to the bar of the High Court from 1983 to 1989. Eivind Kolding joined A.P. Moller-Maersk in 1989, and within a few years he was responsible for the management secretariat, legal services and insurance.

From 1996 to 1998, Eivind Kolding was posted abroad as the CEO of Maersk Hong Kong Ltd. In 1998, he was appointed as the first “Group CFO” in A.P. Moller-Maersk responsible for treasury, accounts, information technology, purchasing, insurance, legal services, investor relations, strategy and other areas. During this period, there were several major acquisitions including the purchase of SeaLand and P&O Nedlloyd. In 2006, Eivind Kolding became a partner and the CEO of Maersk Line, the world’s largest container shipping line, with more than 30,000 employees in over 130 countries. In 2012, Eivind Kolding was appointed the CEO of Danske Bank, Denmark’s largest financial institution, following 10 years on the Board, most recently as the Chairman.