Carsten Mueller, Associate Professor, Department of Geosciences and Natural Resource Management, University of Copenhagen is receiving a grant of DKK 10 million over the next 5 years to advance knowledge on how the interaction between plant roots and microorganisms maintains a balance in the largest carbon store in soil. 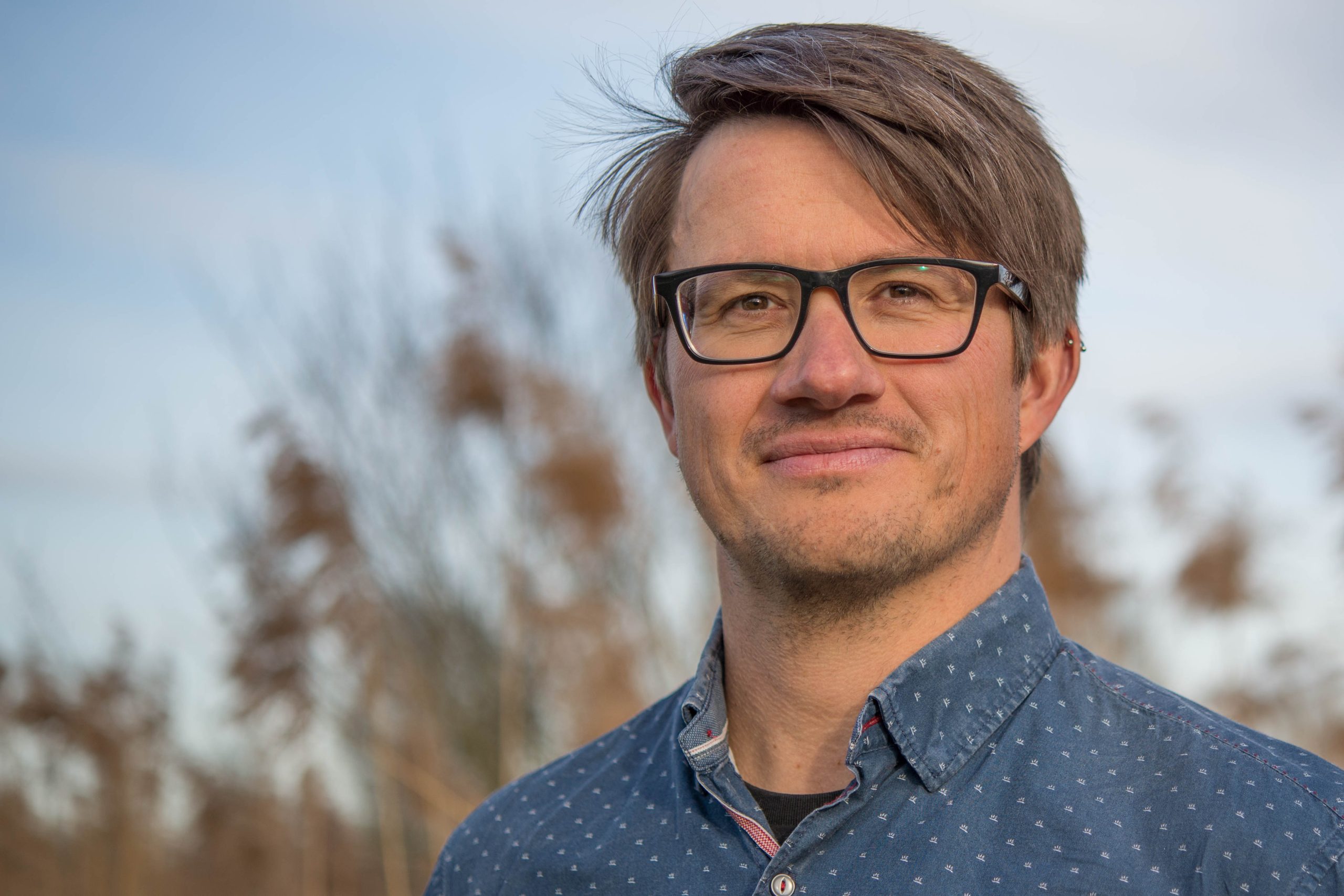 When discussion turns to CO2, most people think of the atmosphere and global warming.

However, this does not apply to Carsten Mueller, Associate Professor, Department of Geosciences and Natural Resource Management, University of Copenhagen. His thoughts turn to soil because this is where most carbon is stored. Soil stores more carbon than the combined amount of carbon in atmospheric CO2 and in the world’s plants.

With an Ascending Investigator Research grant of DKK 10 million from the Novo Nordisk Foundation’s ambitious Research Leader Programme, Carsten Mueller will delve deeper over the next 5 years into understanding the importance of the complex interaction of plant roots and soil microorganisms in regulating the amount of carbon stored in soil, thereby ensuring that this does not contribute to increasing greenhouse-gas emissions.

“My research focuses on understanding the fundamental processes that bind carbon from plants in the soil so that it is not digested by microorganisms and emitted into the atmosphere as CO2. In this context, plant roots play a major role, and the grant from the Novo Nordisk Foundation will enable us to understand this much better,” explains Carsten Mueller.

Plant roots and microorganisms store carbon in soil
All global processes influence the world’s overall carbon and CO2 accounts. Some of the most important actors in this are agriculture and the soil carbon balance, which has received extra attention in recent years as a result of the climate emergency.

Carsten Mueller’s research focuses on understanding the role of plant roots and microorganisms in storing the carbon in the soil, where we want it to stay.

“Carbon clearly is stored in the soil via plant roots, but how this stability is regulated in unknown. Further unknown factors are how rapidly microorganisms consume the carbon and the influence of various plant root characteristics, including whether root length affects how rapidly the microorganisms can reach the carbon,” says Carsten Mueller.

May have major implications for agriculture
Carsten Mueller’s research will investigate how the individual characteristics of roots from different crops determine the soil’s potential to store carbon and thus reduce greenhouse-gas emissions.

These include roots from wheat, oilseed rape and broad beans. Areas of investigation by Carsten Mueller’s group will include the significance of root length, root depth and amount of root fibre on the availability of carbon for bacteria. The aim of the research is to establish a fundamental understanding that can be used later: for example, for developing crops with greater potential for storing carbon in the soil.

Researcher joins the international stage
Carsten Mueller’s research is part of a larger community of stakeholders in the field with several large research groups in the United States, France and Germany.

The grant enables Denmark and the Nordic countries to add another large research group that can make a major contribution to the research on how the world will look in the future.

“For me personally, it’s also great that I have been given the opportunity to expand my research and bring both the right people and technologies together to specifically explore this area in depth. This will support my research group internationally in the field,” concludes Carsten Mueller.

Grants awarded to 44 researchers
The grant to Carsten Mueller is part of the Foundation’s Research Leader Programme and has been awarded under the Plant Science, Agriculture and Food Biotechnology theme.

The Foundation has just awarded DKK 428 million to 44 researchers through the Programme, which supports the development of research leaders carrying out research within health, disease and sustainability. Of these, DKK 59.7 million has been awarded under the Plant Science, Agriculture and Food Biotechnology theme.

See the other five grant recipients within the Plant Science, Agriculture and Food Biotechnology theme here and read more about the 44 grants awarded in 2022 here.