Inge Marie Svane, Professor, Chief Physician and Director, National Center for Cancer Immune Therapy, has devoted herself to cancer research and treatment for almost three decades – putting Denmark on the world map as a leader in immunotherapy. Inge Marie Svane is receiving the 2020 Marie and August Krogh Prize for her efforts. 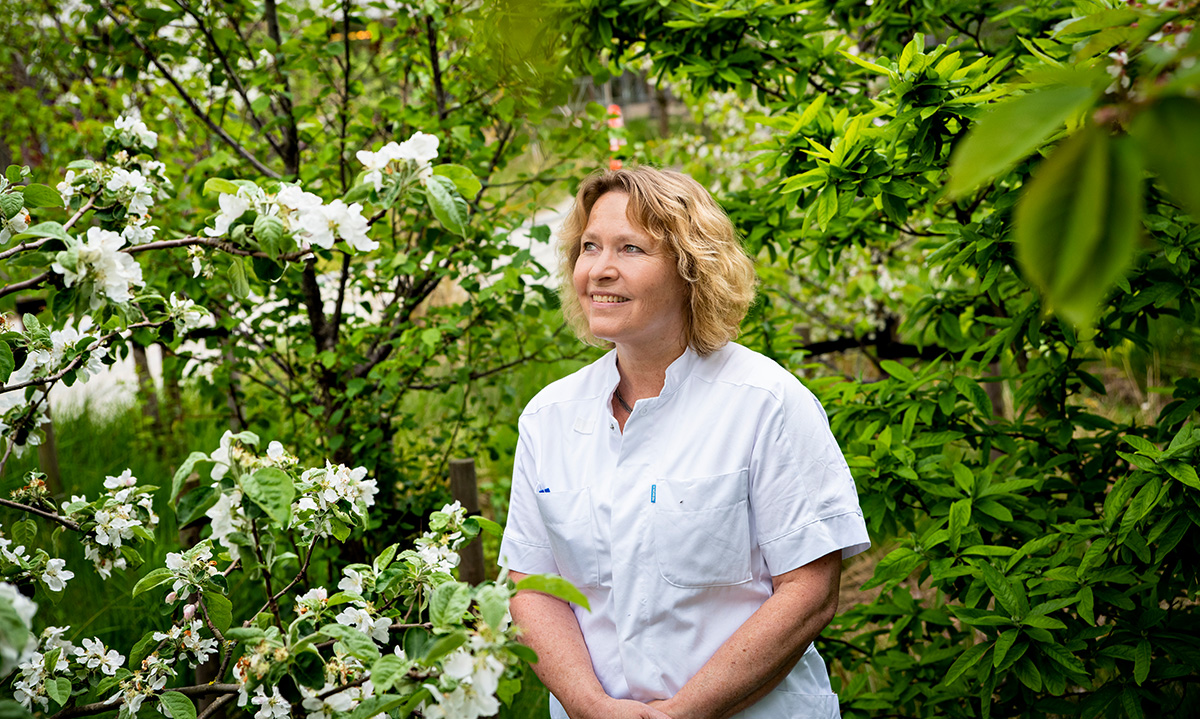 When Inge Marie Svane began to research various ways to regulate the immune system to treat cancer more than 25 years ago, the field of immunotherapy was completely unknown territory. Knowledge was limited as was support from the medical community.

Since then, thanks to Inge Marie Svane’s significant contribution, immunotherapy has led to a paradigm shift in cancer treatment. Immunotherapy uses the body’s own immune system to combat cancer cells in a targeted way and is currently used for treating lymphoma, leukaemia, lung cancer, kidney cancer, breast cancer and other types of cancer.

Inge Marie Svane is receiving the 2021 Marie and August Krogh Prize for her dedicated efforts in cancer and immunotherapy. The Prize is awarded annually to an outstanding health researcher in Denmark. The Foundation and the Organization of Danish Medical Societies award the Prize, which is accompanied by DKK 1.5 million, of which DKK 1.25 million is for research and DKK 250,000 is a personal award.

“I am incredibly proud to receive the Prize. Not only on my own behalf but also on behalf of my colleagues,” says Inge Marie Svane, who adds:

“This symbolizes the progress of immunotherapy. Just 10 years ago, immunotherapy was basically mocked in medical circles. The major scientific conferences had few presentations on immunotherapy, and these were tucked away in the remotest basement room. But today virtually all scientific articles in oncology mention immunotherapy.”

Making cancer treatment in Denmark world class
Inge Marie Svane has been the key driver behind establishing the National Center for Cancer Immune Therapy, which conducts research on the interaction between cancer and the immune system. The Center is the only place in Denmark offering advanced T-cell therapy.

T-cell therapy involves collecting and using a person’s own tumour-specific T cells in the laboratory, which are returned to the person after high-dose chemotherapy. The person’s own activated T cells thus kill the tumour cells. When this works optimally, it probably provides lifelong immunity. The T cell is an especially important immune cell since it can eliminate infections.

Inge Marie Svane is very motivated by integrating research with treating patients, and this is exactly what she can do at the National Center for Cancer Immune Therapy under the Department of Oncology at Herlev Hospital.

“Having the contact and connection with patients – and experiencing personally that the treatment works – drives me. There can be exceptions, but just the fact that there is hope makes a huge difference to patients,” she says.

In addition to leading the National Center for Cancer Immune Therapy, Inge Marie Svane has overall responsibility for treating people with severe breast cancer in eastern Denmark. She is also a sought-after communicator and member of the Scientific Committee of the European Society for Medical Oncology. Throughout her career, Inge Marie Svane has received numerous awards, including from the Danish Cancer Society, which called her the grand dame of immunotherapy in Denmark.

“Inge Marie Svane is a distinguished example of how a small country can produce great research results and researchers of international calibre. The path to the ground-breaking T-cell treatment was not always easy, but Inge Marie Svane’s admirable dedication and talent has created results that extend far into the future. She is a great inspiration for the research community and a vital part of the ambition to make cancer treatment in Denmark world class,” says Susanne Axelsen, Chair of the Organization of Danish Medical Societies.

Inge Marie Svane will officially receive the 2021 Prize at the annual general meeting of the Organization of Danish Medical Societies on Wednesday, 30 June 2021.

About the Marie and August Krogh Prize
The Marie and August Krogh Prize was established in 1969 and is awarded annually to an outstanding health researcher in Denmark. The Novo Nordisk Foundation and the Organization of Danish Medical Societies award the Prize, including a personal award of DKK 250,000 and a research grant of DKK 1.25 million. The Board of the Organization acts as the Prize committee, and the Foundation provides the accompanying funds. Affiliated members of the Organization of Danish Medical Societies may nominate candidates for the Prize.