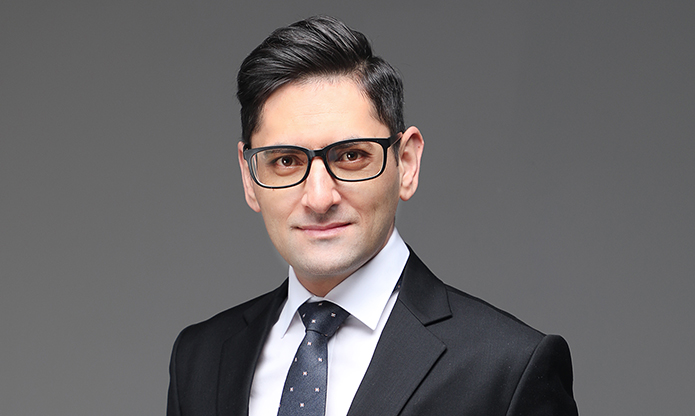 Rassoul Tabassian is moving to Aarhus University based on a RECRUIT grant from the Novo Nordisk Foundation. He will pioneer research on electronic skin and bolster Denmark’s existing strong research community in robot technology.

Assistant Professor Rassoul Tabassian has pulled up stakes and moved from the Korea Advanced Institute of Science and Technology to Aarhus University, where he will bolster Denmark’s strong research community within robot technology with his unique expertise.

Rassoul Tabassian carries out research on developing electronic skin that can detect touch just like real skin and can be used in robot technology and developing prostheses.

The Novo Nordisk Foundation has awarded this renowned researcher a RECRUIT grant of DKK 7 million to carry out research in Denmark over the next 7 years.

The purpose of the RECRUIT programme is to increase the competitiveness of Denmark’s universities in their efforts to attract leading researchers from outside Denmark. The grant for Rassoul Tabassian is one of the three RECRUIT grants recently awarded by the Foundation.

Mimicking the human sense of touch will be revolutionary
For the next 7 years, Rassoul Tabassian’s research will focus on developing sensors that detect touch similarly to the sense of touch of human skin.

Our skin has sensors that transmit signals to the brain in connection with touch. These sensors inspire Rassoul Tabassian, and he will try to make mechanical and electronic imitations of them. The new electronic skin can be used in robot technology, enabling robots to detect touch in a completely new way. However, the primary application is expected to be within prostheses with tactile sensory function.

The first goal is to develop the sensors that can detect touch. The next step is to connect them in a network that can comprise the artificial skin.

“The final step is to connect the skin to the neural network in humans so that the people wearing the prostheses can actually sense something when someone touches their prostheses or when they touch something,” says Rassoul Tabassian.

In addition to Denmark’s already strong research community and a strong industry in robot technology, Rassoul Tabassian was also attracted to something completely different when he accepted the position he was offered at Aarhus University.

“Of course, the main reason is the opportunity the position at Aarhus University gives me to develop my research field. But another reason is that I have heard good things about Denmark and Danish culture, which enables a good work-life balance,” says Rassoul Tabassian.

Rassoul Tabassian is moving to Denmark with his wife and newborn son.

RECRUIT aims to improve the competitiveness of Denmark’s universities in the competition to recruit leading researchers from abroad at all career stages.

The funds can be used for such purposes as covering the purchase of equipment, establishing laboratory facilities, employing PhD students or postdoctoral fellows and covering the researcher’s own salary.