A Laureate Research Grant from the Novo Nordisk Foundation will enable outstanding Belgian researcher and professor Ruth Loos to return to Europe and settle in Denmark after working in New York City for many years. 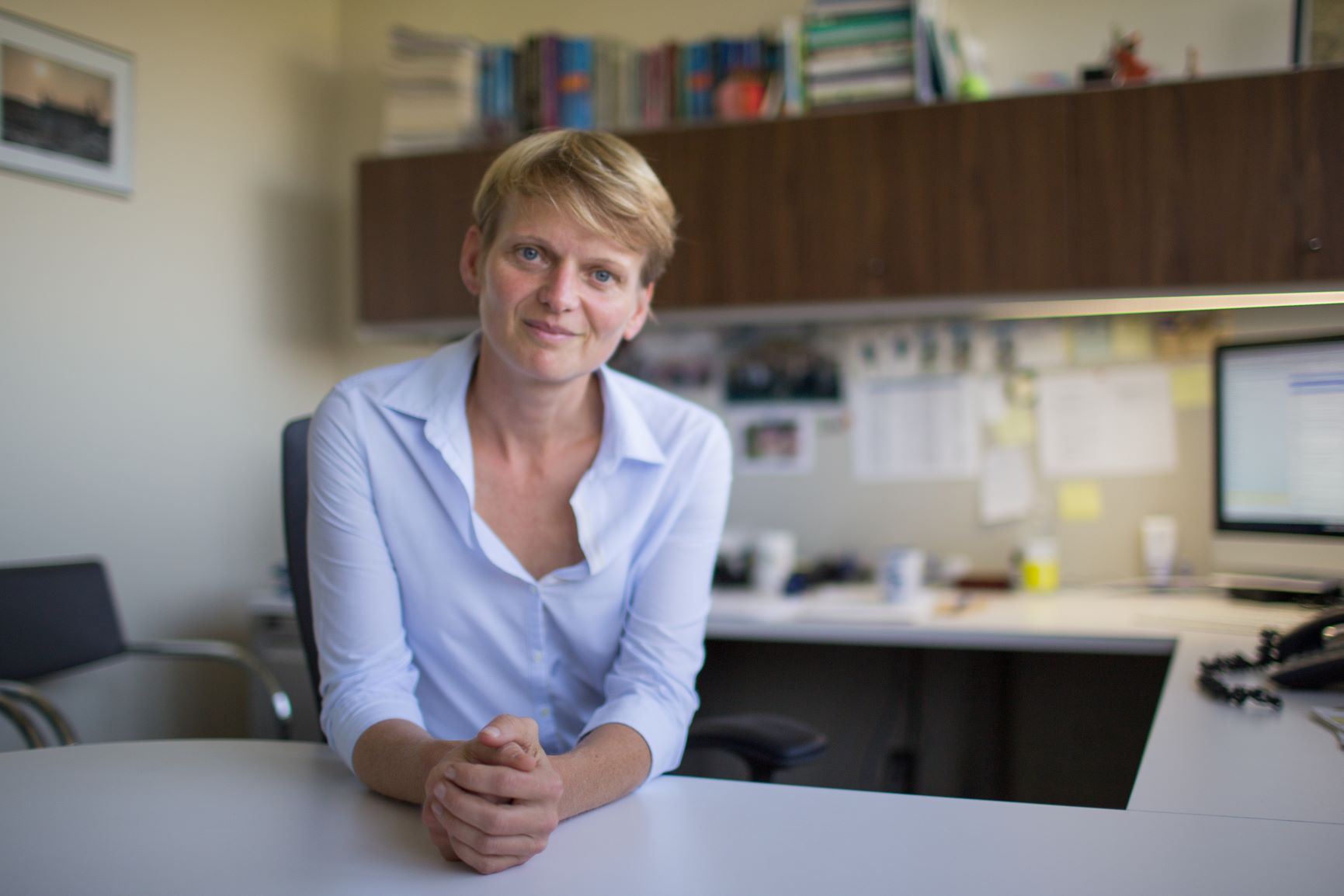 For 19 years, Belgian professor and researcher on obesity Ruth Loos has conducted her research outside Europe – most recently at the Icahn School of Medicine at Mount Sinai in New York City. She has collaborated with researchers from the Novo Nordisk Foundation Center for Basic Metabolic Research (CBMR) at the University of Copenhagen for more than 15 years, and with a Laureate Research Grant from the Novo Nordisk Foundation of DKK 50 million over seven years, she has now seized the opportunity to move her research to Denmark.

Several factors made the decision, to pull up stakes and move her research to the University of Copenhagen and her family to Denmark, an easy one.

“During a sabbatical year, I worked at the Novo Nordisk Foundation Center for Basic Metabolic Research, where I was surrounded by researchers whose main focus was on obesity and type 2 diabetes. The CBMR provides an outstanding environment of world-renowned scientists with complementary expertise in metabolic research. So, when I got the opportunity to join this research community with a generous Novo Nordisk Foundation Laureate Research grant, I naturally jumped at the chance to move to Denmark,” explains Ruth Loos.

Most recent study on obesity included two million people
Ruth Loos explains that the grant and moving to Denmark’s science community open up unique research opportunities. Her research focuses on identifying genes that predispose people to obesity, and with seven years of relative security on the financial front, she can now both delve further into the research material and take a broader perspective.

Much of Ruth Loos’ recent research has involved large-scale genome-wide association studies, in which she and her colleagues have discovered associations between genetic variation and the risk of becoming obese. In the most recent study of two million people, the researchers examined both the genetic risk of obesity and genetic factors related to, for example, the body’s fat distribution and other obesity-related traits.

“By knowing the genes involved in these traits, we aim to understand the underlying biology of body weight regulation, which may help improve the guidelines for preventing weight gain. In some cases, the genes may be targets for drugs to treat obesity,” says Ruth Loos.

Major trial with 1,000 participants
Ruth Loos is already considering various scientific studies that she plans to launch over the next seven years. One is an ambitious trial that will monitor 1,000 people for 14 days and very accurately measure all aspects of their metabolism.

The researcher and her team will monitor the participants’ blood glucose, physical activity, food intake, composition of gut bacteria and other parameters for two weeks.

By gathering this detailed information, the researchers aim to identify patterns in people’s metabolic response to foods and physical activity and to examine whether these patterns differ between people prone to gain weight from others who are not. This knowledge may help to make more precise recommendations for individuals’ diet, exercise and other health behaviours.

“Although my work has mainly focused on the genetic component of obesity, this is not my only field of interest. My goal over the next seven years is to identify what factors, genetic and non-genetic, makes some people more prone to becoming overweight or developing type 2 diabetes, and to use this information to improve treatment and prevention” says Ruth Loos.

Raising her child in Denmark instead of New York
The opportunity to move to Denmark was also attractive on a personal level as it brought her closer to her family in Belgium. In addition, she and her wife have just become the mothers of a son, now a few months old.

“Also, raising a child in Denmark is more attractive than in New York City,” says Ruth Loos, who will also be joining the CBMR Leadership as Vice Executive Director.

About Laureate Research Grants
The Foundation awards seven-year Laureate Research Grants to leading international researchers who want to establish a research group in Denmark. Each grant of up to DKK 50 million is a framework grant covering project operations, salaries and research equipment over the seven years. The grants may be extended for another seven years based on a new application and an evaluation of the project in the sixth year.