The Novo Nordisk Foundation has awarded grants totalling DKK 112 million for research on how plant proteins can be utilized better as alternatives to unsustainable animal protein. 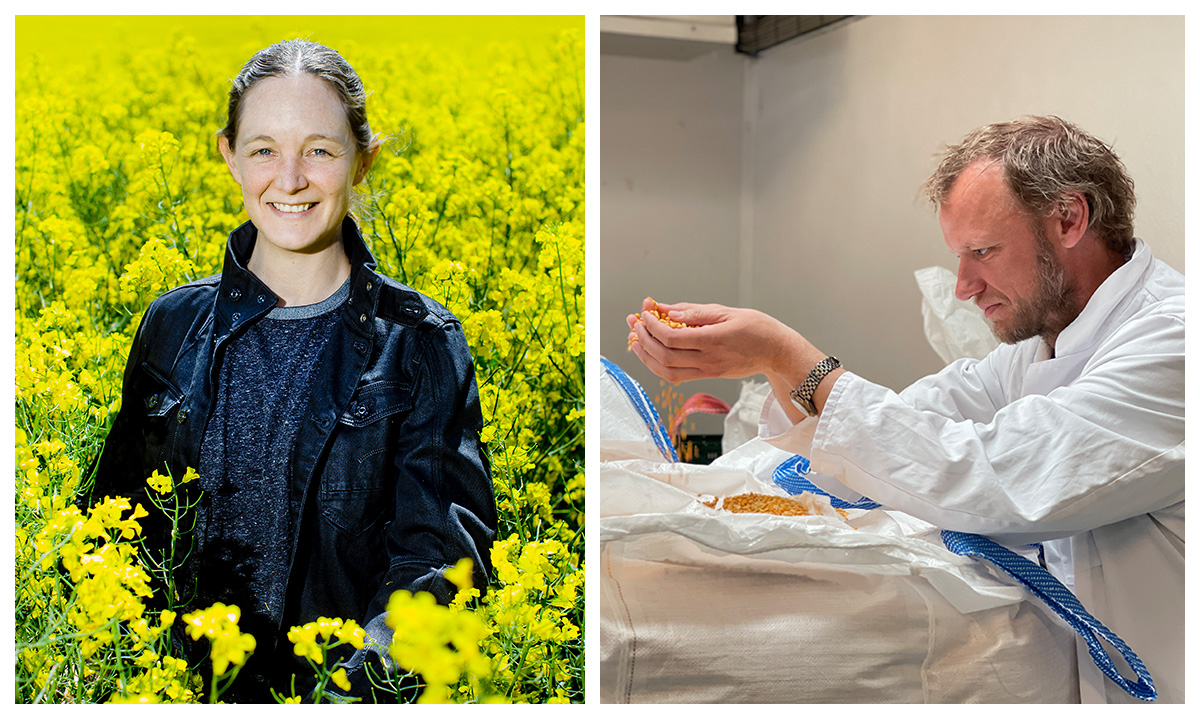 There is no way around this. Feeding the world’s population in the future while protecting the climate requires replacement of protein from animal sources with plant protein in many foods. Simple as that.

However, this is not as easy as replacing a Sunday roast with a salad or a barbecue steak with asparagus. More is needed to meet the world’s protein needs.

To boost the move towards more plant-based and sustainable foods, the Novo Nordisk Foundation has focused on how to better utilize alternative protein sources in future food production through its 2021 Challenge Programme, which enables researchers to apply for grants for research projects that seek answers to global challenges.

Applicants can apply for grants of up to DKK 60 million, and two research projects received a grant in 2021.

“Many alternative protein sources have far less negative environmental impact than protein from livestock production, such as plant sources but also microorganisms. However, we still lack much knowledge on how to utilize these protein sources optimally. We are therefore pleased to be able to support these two ambitious projects, which have the potential to create new important knowledge about alternative protein sources so that the food industry can use them more widely,” explains Claus Felby, Senior Vice President, Biotech, Novo Nordisk Foundation.

From feed to food
The Foundation has awarded one of the 2021 grants to Marianne Nissen Lund, Professor from the Department of Food Science, University of Copenhagen.

Marianne Nissen Lund has received a grant of DKK 56 million for the project SEEDFOOD: Functional and Palatable Plant Seed Storage Proteins for Sustainable Foods. The project aims to discover more efficient ways of utilizing protein from rapeseed, which is currently being used for animal feed.

Rapeseed is a very widespread crop in northern Europe, but rapeseed protein is mostly used as animal feed rather than as food for humans. The reasons for this include taste and undesirable components and also that rapeseed protein in its natural form is not good at forming the types of structures that are desirable in food.

The SEEDFOOD project aims to transform rapeseed protein into a food ingredient and to investigate how it can be processed to be more palatable, including taste and texture.

“Rapeseed is promising because it contains many essential amino acids – the ones that people cannot make themselves – and the content is also higher than in other plant sources. Today, however, rapeseed oil is the only rapeseed food product marketed for humans. Using rapeseed in human food requires the removal of the bitterness and creating a palatable texture from this protein source. For example, yogurt should be soft and creamy and not gritty and sticky. In this research, we will create knowledge about how to use rapeseed protein in food and develop techniques to do this. We will not actually develop specific rapeseed-based products, but we aim to create a protein ingredient the food industry can use in plant-based foods for people,” says Marianne Nissen Lund.

Fermentation can make animal feed into food for people
The second grant under this 2021 Challenge Programme theme has been awarded to Dennis Sandris Nielsen, Professor from the Department of Food Science at the University of Copenhagen.

Dennis Sandris Nielsen has received a grant of DKK 56 million to lead the project PROFERMENT: Solid-state Fermentations for Protein Transformations and Palatability of Plant-based Foods.

The researchers involved in the project will ferment plant-based protein sources to increase the nutrient content and availability in food. The fermentation will also result in palatable profiles in both taste and texture.

The project is based on yellow peas and oats. Both have a high protein content but are primarily used for animal feed. The researchers ferment both crops using Bacillus bacteria and various types of mould to increase digestibility. Various animal protein-based foods, such as yogurt, salami and cheese, have traditionally been made using fermentation. Fermenting the plant protein sources will increase the content of essential amino acids, and the researchers will study in detail what is happening at the microbiological level during the fermentations. The discoveries and principles can subsequently be transferred to other cereals and legumes.

“Our ultimate goal is to develop a new food category that is based on plants and uses microorganisms to form taste and structure so that people will consider it a real and attractive alternative to meat. We do not want to make artificial meat; we want to make an alternative that can fulfil the same role in the meal and also meet the same nutritional needs. One of our inspirations is tempeh, a traditional mould-fermented, soy-based product from Indonesia. However, creating real alternatives to meat in high-income countries requires improving the nutritional value, taste and texture. We must therefore create the very basic knowledge so that we can understand and predict what happens when we compose microorganisms in certain ways to achieve what we want,” explains Dennis Sandris Nielsen.

In 2021, the Foundation awarded grants totalling DKK 366 million for seven research projects within the research themes. Read about all the grants here.