Novo Nordisk Foundation has approved a grant of DKK 57.5 million (EUR 7.7 million) towards a four-year project in Lebanon seeking to advance a nationwide response to the high burden of non-communicable diseases (NCDs) among Syrian refugees and vulnerable Lebanese host communities. The project will promote a new collaboration between Danish Red Cross and World Diabetes Foundation leveraging capabilities of the two organisations. Photo: Lebanese Red Cross. 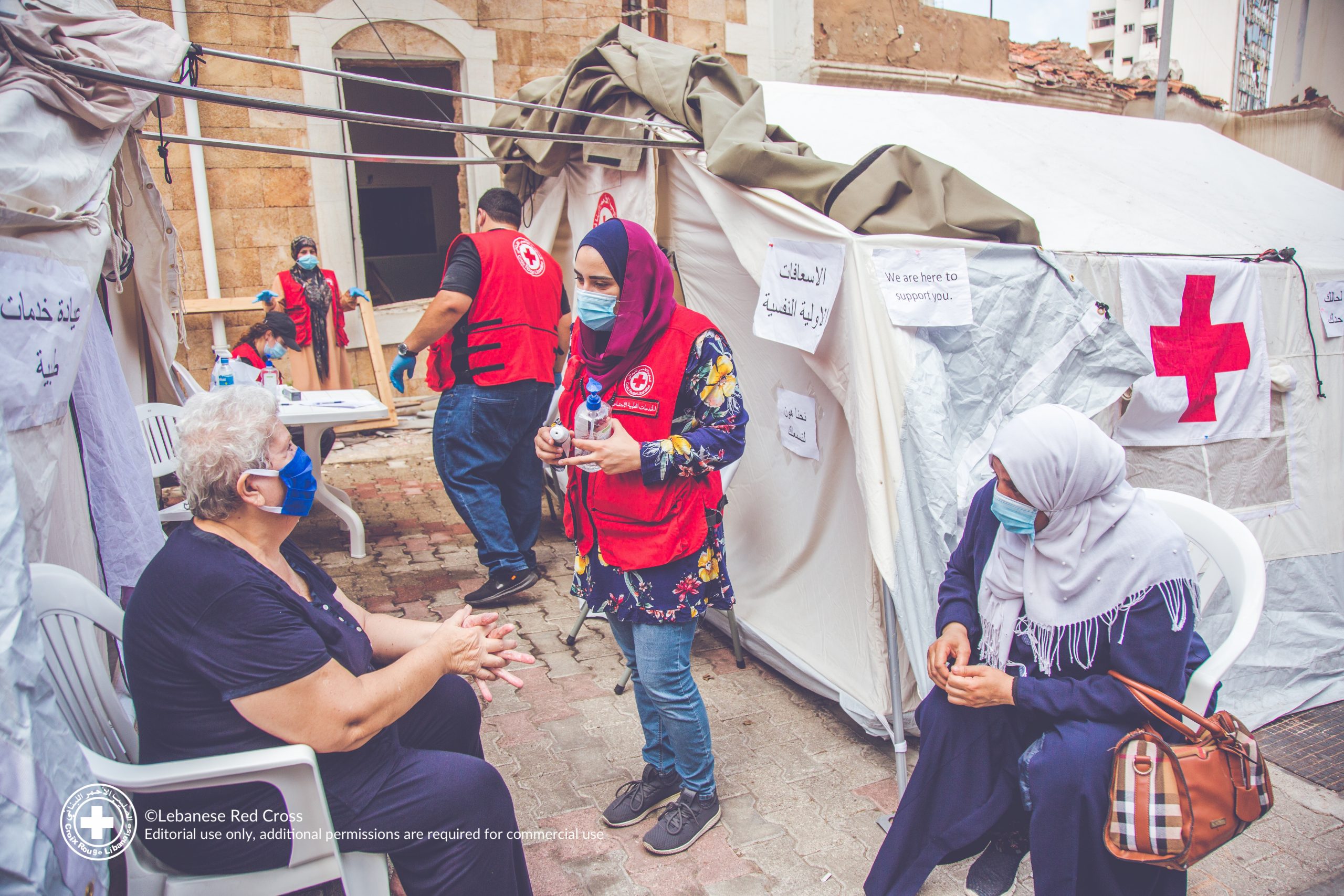 A new partnership between Novo Nordisk Foundation, Danish Red Cross and World Diabetes Foundation will provide a much needed investment into the health system in Lebanon. The partnership will focus on the prevention and treatment of NCDs such as diabetes and hypertension, which today constitute some of the most prevalent chronic diseases in the country, as in most other parts of the world.

Lebanon is passing through a protracted humanitarian crisis given the influx of more than 1.5 million Syrian refugees over the past decade. This has put an enormous strain on all parts of society not least in terms of access to health care. Despite the high and growing burden, the NCD area has been largely under-prioritised within the humanitarian response framework, having received very little support from the international community.

Through the partnership, Red Cross will engage its extensive global experience from the humanitarian field and its strong national and local presence in Lebanon, while the World Diabetes Foundation will catalyse its expertise within the area of diabetes and other NCDs in fragile contexts into a larger and wider collaborative framework.

“Danish Red Cross and World Diabetes Foundation are among the few organisations based in Denmark with particular skills and capacity concerning prevention and treatment of NCDs in situations of humanitarian crisis. By joining forces, a considerable synergy could be released to the benefit of Syrian refugees and vulnerable Lebanese host communities”, says Ms Hanna Line Jakobsen, Senior Vice President, Novo Nordisk Foundation.

Integrated primary health care as the only viable solution
Apart from the continued challenges posed to health and health care, Lebanon is faced with economic instability and unrest, exacerbated by the explosion at the port of Beirut in August 2020. The COVID-19 pandemic has worsened life-conditions across many communities and made more people dependent on a public health system access and support. Consequently, people living with NCDs, such as diabetes, are among those most severely at risk given the chronic nature of their disease and constant need for care, which often can be costly.

The new project supported by Novo Nordisk Foundation will provide substantial support to the Lebanese health system through capacity building of up to 230 primary health care centres covering almost the entire country. The centres will receive medical equipment, and health care staff will be trained and given further resources towards monitoring and follow-up of patients with NCDs. Through these investments and activities the centres will be more capable of screening for NCDs and of identifying people at risk. More than 100.000 people at risk are expected to be screened during the four-year project trajectory.

“We are pleased with the opportunity to launch this project in Lebanon where we have a strong presence and significant experience within health promotion. The project will strengthen Lebanon’s health care system and contribute to improved resilience among some of the most vulnerable groups in the country”, Mr Peter Klansø, Head of International Relations, Danish Red Cross, says.

World Diabetes Foundation’s Managing Director, Mr Leif Fenger Jensen, highlights the innovative perspectives of the new partnership. “Non-communicable diseases such as diabetes must be integrated much more systematically into the humanitarian response, everywhere, given that such responses often are long term. We appreciate the increased engagement of Red Cross into this field and look forward to a close collaboration dedicated to improving the situation in Lebanon”.

The project is also intended to promote implementation research in the area of NCD prevention and treatment in humanitarian settings including through the close involvement of American University of Beirut, a leading academic institution in the Middle East region. The research will focus on accumulation of data and information, which can bring evidence to best practice and sustain an improved management of NCDs in Lebanon and beyond.

About the World Diabetes Foundation
The World Diabetes Foundation is a leading global funder of diabetes prevention and care projects in low- and middle-income countries.
Our vision is to alleviate human suffering related to diabetes among those in greatest need. We pursue sustainable, scalable approaches, helping countries meet global goals for improved care of diabetes and other non-communicable diseases.

Since 2002, the World Diabetes Foundation has provided 168 million EUR in funding to 572 partnership projects in 119 countries. To learn more, visit www.worlddiabetesfoundation.org

About Danish Red Cross
We save lives every day, and we equip people with the tools they need to get through crises and disasters. Under the Geneva Convention, 192 countries have agreed to have the Red Cross as their shared humanitarian organization. We help people on both sides of a conflict and in the remotest corners of the world, regardless of their nationality, religion or political views. We are the world’s largest humanitarian organization with about 12 million volunteers throughout the world. Learn more at danskrodekors.dk