The new award has been created to celebrate the 100th anniversary of the discovery of insulin and to accelerate translational research in diabetes care. 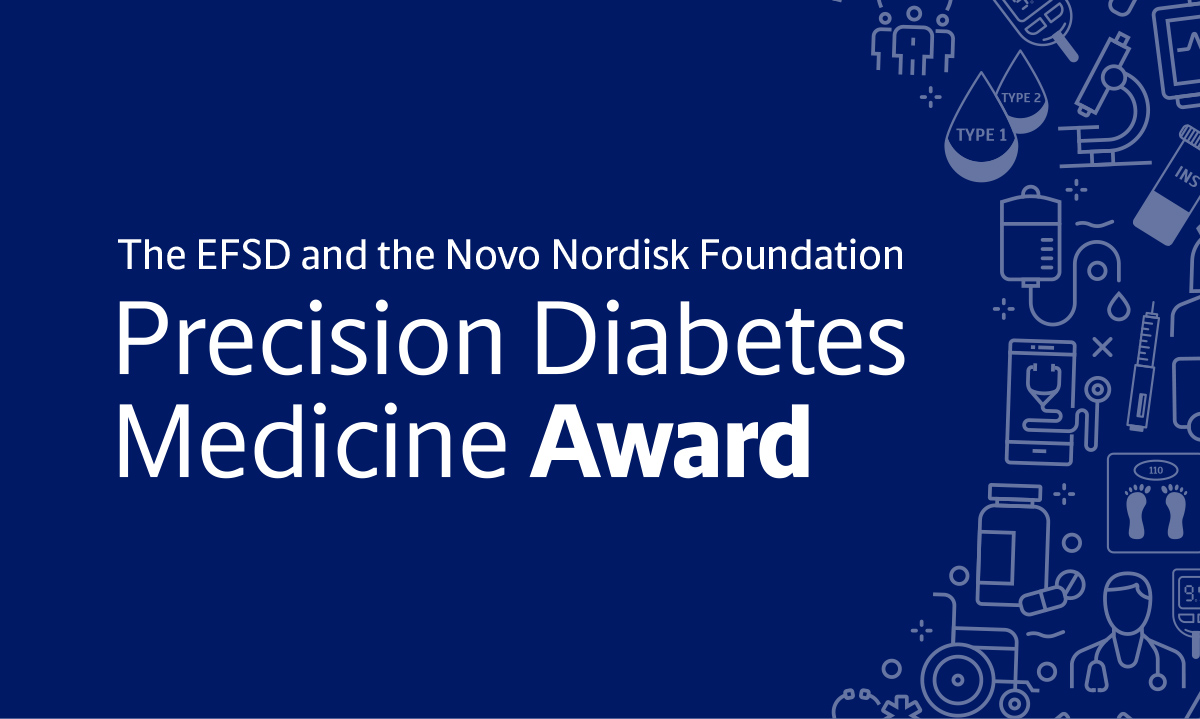 The Award recognizes innovative research from both clinicians and basic scientists in precision diabetes medicine that is able to see into and seek solutions for the future. The winners will describe novel precision-profiled projects that will benefit people with diabetes, and investigators may already have an established track record within the field. The projects receiving the Award are expected to accelerate important fields of translational research and to improve the speed of implementing innovation in diabetes care.

Applications for this new Precision Diabetes Medicine Award are invited from researchers at independent non-profit research institutions or groups of such institutions, and the applicants must be members of the European Association for the Study of Diabetes.

“Translating knowledge from basic science to patient care is typically underfunded. This has led to a horrifying average of 17 years from the time an innovation is realized until it is deployed in clinical practice. Supporting precision diabetes medicine is expected to shorten this lag time and improve the lives of people with diabetes,” says Martin Ridderstråle, Senior Vice President for Patient Care, Novo Nordisk Foundation.

Stefano Del Prato, President of the European Foundation for the Study of Diabetes, says: “Precision diabetes medicine is growing and has the potential for generating a new taxonomy of diabetes that may help in identifying the choice and timing of treatment for millions of people with diabetes. However, an enormous amount of work still needs to be done to make further progress. We therefore welcome this collaboration with the Novo Nordisk Foundation and the opportunity to continue our goal of fostering and supporting frontline diabetes research with highly innovative potential and a clear translational focus to further optimize diabetes medicine to benefit people living with diabetes.”

“We are excited to launch this award programme together with the Novo Nordisk Foundation because at a time when more and more people are diagnosed with diabetes, diabetes precision medicine marks an important step into the future of diabetes care in terms of disease prognosis, treatment prediction and patient stratification,” says Michael Roden, Chairperson of the Scientific Board, European Foundation for the Study of Diabetes.

The discovery of insulin 100 years ago was a true breakthrough and lifesaver in the treatment of people with diabetes. However, despite being around for a century, insulin and other means of treatment, often deployed in a one-size-fits-all manner, still fail to take most people to a level of control that normalizes morbidity and mortality. Diabetes precision medicine, the tailoring healthcare based on an individual’s genetics and other biomarkers, lifestyle and environment, aims at doing just that: showing who to treat with what and when.

“Precision diabetes medicine refers to attempts to tailor the diagnosis, prediction, prevention and treatment of diabetes to specific subgroups and ultimately to the individual. This requires novel approaches and the integration of multidimensional data,” says Martin Ridderstråle.

About the Award
Three research proposals will be awarded grants annually and will comprise one winner, receiving DKK 2 million, and two runners-up, receiving DKK 500,000 each. The Award will be open for applications three years running, celebrating the discovery of insulin in 1921, its first use for humans in 1922 and its first Nobel Prize in 1923.

The applications will be reviewed by a specialized and independent ad hoc committee organized by the European Foundation for the Study of Diabetes. The ad hoc committee will assess the applications based on scientific quality, innovation potential and vision with a clear translational focus, bringing basic knowledge to use at the patient level in terms of e.g. disease prevention and prognosis, treatment prediction or patient stratification. The research funding will be paid to the award recipient’s institution. Both the winning project and the two runners-up can comprise groups of up to one applicant and two co-applicants.

Award recipients will be required to submit an article from their perspective to Diabetologia and will be invited to give an award lecture at a 2-day hybrid symposium on diabetes precision medicine arranged by the Novo Nordisk Foundation, European Foundation for the Study of Diabetes and Diabetologia in Copenhagen, to be held for the first time on 22–23 November 2021.

Call for applications
Candidates must work at a university, hospital or other not-for-profit research institution throughout the funding period and be members of the European Association for the Study of Diabetes.

For more information on application requirements and to submit an application, please visit: www.europeandiabetesfoundation.org.

The European Foundation for the Study of Diabetes operates on a strictly non-profit basis under the control of the relevant authorities for charity and taxation to support diabetes research.

Since its inception, the European Foundation for the Study of Diabetes has committed more than €100 million to diabetes research in Europe by various funding means. In the past 5 years, the Foundation has become a significant European funding agency for diabetes research and is continually striving to enhance awareness in Europe of the severity and magnitude of this devastating disease.