The Novo Nordisk Foundation is supporting the emergency response of the World Health Organization in Ukraine and neighbouring countries with DKK 25 million (€3.5 million). Novo Nordisk A/S is donating insulin to vulnerable people with diabetes in the area. 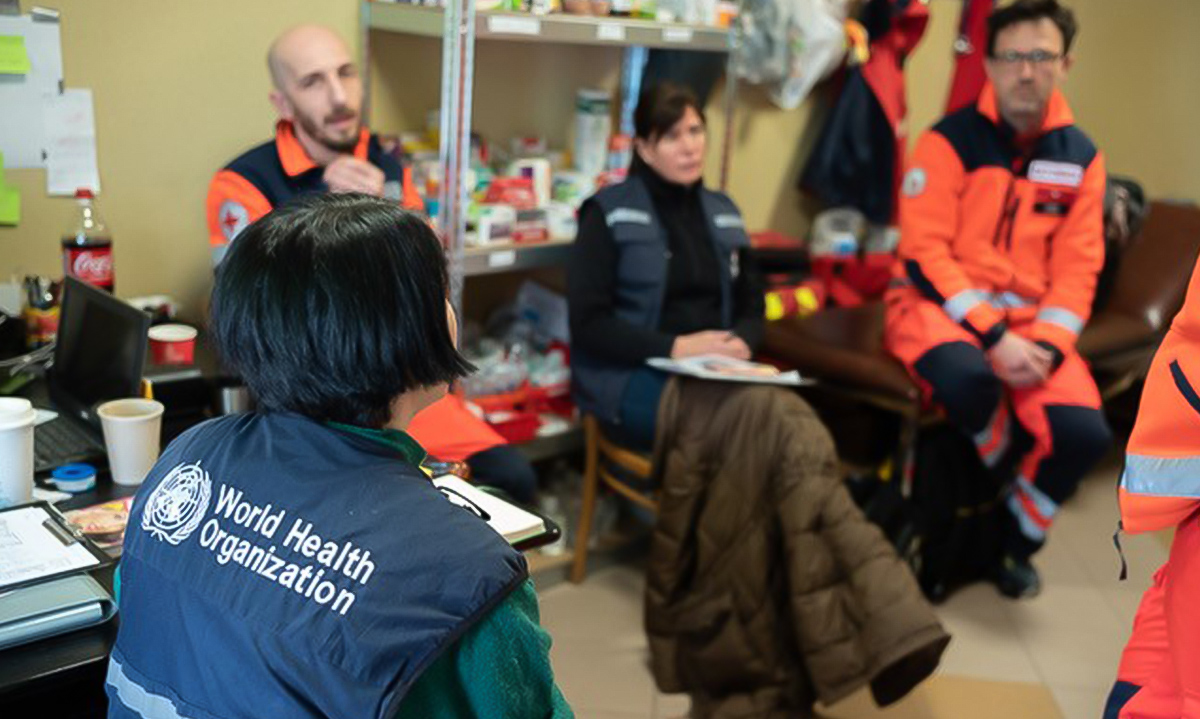 More than 10 million people have been forced to flee their homes due to the Russian invasion of Ukraine.

The healthcare services in Ukraine and neighbouring countries hosting Ukrainian refugees are severely affected by this mass displacement, the destruction of health facilities and broken supply chains. Within Ukraine’s borders, casualties are rising, and health facilities are overwhelmed with trauma patients. The ongoing disruption of essential healthcare is jeopardising the lifesaving treatment of noncommunicable diseases such as diabetes and cardiovascular disease. The risk of infectious diseases is significant and routine immunisation has ground to a halt, as has COVID-19 vaccination.

To ensure access to lifesaving healthcare, the Novo Nordisk Foundation has awarded DKK 25 million in support of the emergency response of the World Health Organization (WHO) in Ukraine and neighbouring countries hosting Ukrainian refugees. The support is given based on WHO’s emergency appeal, which addresses the health needs of people in Ukraine and Ukrainian people affected by the conflict in neighbouring countries.

“The situation in Ukraine grows more dire by the day and requires continued awareness from the international community. With this grant, the Novo Nordisk Foundation is supporting the important work WHO is doing to ensure access to imperative health services in Ukraine and neighbouring countries affected by the invasion,” says Hanna Line Jakobsen, Senior Vice President, Novo Nordisk Foundation.

As a response to the great lack of medicine supply in the area, Novo Nordisk A/S is donating insulin to the Ukrainian Ministry of Health and international humanitarian actors, including WHO, to safeguard the supply of medicines to vulnerable people with diabetes affected by the invasion.

The Novo Nordisk Foundation has previously given DKK 55 million for emergency aid in response to the invasion of Ukraine, distributed to projects run by the Danish Red Cross, UNHCR, the Danish Refugee Council, Human Rights Watch and UNICEF Denmark.

Read more about WHO’s emergency health response to the invasion of Ukraine here.

Read more about Novo Nordisk A/S’s response to the invasion of Ukraine here.

Information about the grant to WHO: Signe Frederiksen, Senior Project Manager, +45 2214 1640, sfr@novo.dk