The Novo Nordisk Foundation has awarded a grant to Søren Besenbacher, Associate Professor at Aarhus University, for developing analytic tools to advance knowledge on how mutations affect the genome. The grant is one of the seven new grants awarded under the Foundation’s ambitious Data Science Investigator Programme. 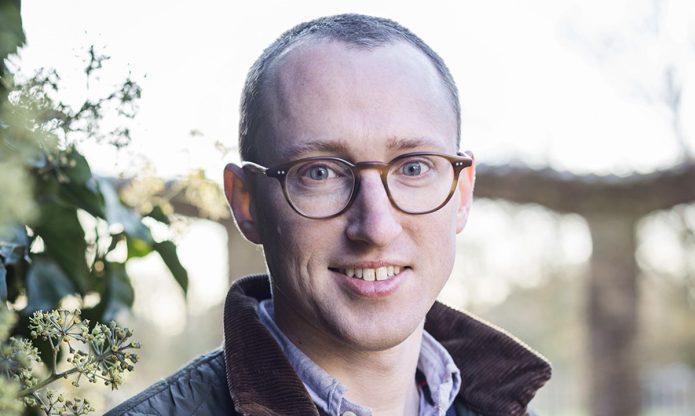 Nature and evolution constantly change our genome. Some mutations are harmless, whereas others are harmful and can lead to hereditary diseases or cancer.

As researchers make greater use of genetic data to advance knowledge on diseases, the need for analytical tools to analyse the extremely large data sets that emerge from mapping the genome is growing.

The analytical tools for examining mutations have had gaps for many years, and Søren Besenbacher plans to rectify these based on a DKK 6.7 million grant from the Novo Nordisk Foundation under its ambitious Data Science Investigator Programme.

“This initiative of the Novo Nordisk Foundation is absolutely fantastic, because numerous large data sets with genetic information are being produced today. Having the right analytical tools is imperative to optimise the output from the data sets, and this project aims to develop these tools,” explains Søren Besenbacher, Department of Clinical Medicine, Aarhus University.

“The opportunity to hire four new colleagues will enable me to develop my research further. But my group will still be small enough to enable me to be involved in all the research,” says Søren Besenbacher.

Major insight into the effects of mutations
Improved analytical models will enable researchers to much better understand mutations that cause both hereditary diseases and cancer.

Researchers can improve knowledge on why a handful of mutations in a specific gene cause hereditary diseases, whereas other mutations do not. We have to estimate probability: do mutations probably cause disease? The models may provide the answer.

Another example is that the models can be used to determine how important a specific gene is. If the gene accumulates far fewer mutations than the models predict, this suggests that the gene is extremely important, since evolution preserves it so well.

“The models strive to predict how many mutations are expected in a specific gene and then compare this with reality. This knowledge is relevant in evolution, disease and understanding the function and importance of individual genes,” explains Søren Besenbacher.

Research without distractions
Søren Besenbacher says that, even though he is already an associate professor and has an established research career, grants of the magnitude he has just received are extremely important for his further career. First, the ability to hire colleagues makes the work process more fluid. But that is not the only benefit.

“This means that I do not have to focus so much on applying for new grants for a while, because we have adequate funding for now. This means I can focus on research that can create results – without distractions,” concludes Søren Besenbacher.

Grants to seven researchers
The grant to Søren Besenbacher is one of seven new grants totalling DKK 62 million recently awarded by the Foundation through its Data Science Investigator Programme.

The grants are divided into the categories of Emerging Investigator, Ascending Investigator and Distinguished Investigator. The grants target research leaders at different career stages to support attractive career paths for talented specialists within data science.