The grant will enable leading international researchers to complete a clinical trial comparing the two most common treatment methods for preventing leg amputation among people with critical limb ischaemia.

Critical limb ischaemia is a serious and debilitating disease that affects about 22 million people globally, and these are often people with diabetes and/or chronic kidney disease. It is estimated that the yearly cost of treating critical limb ischemia in the United States is as high as 12 billion dollars, and more than 10 million procedures are carried out annually worldwide to avoid amputation.

However, the optimal treatment to avoid amputation has never been determined: open surgery or less-invasive endovascular therapy. The researchers behind the Best Endovascular versus Best Surgical Therapy in Patients with Critical Limb Ischaemia (Best-CLI) trial have set out to determine this.

A step towards an evidence-based standard of care
Originally funded by the United States National Institutes of Health, the BEST-CLI trial is comparing the treatment efficacy, functional outcomes, quality of life and cost–effectiveness of surgical bypass and endovascular revascularisation for 1,840 people with critical limb ischemia across North America, Europe and Asia.

The grant from the Novo Nordisk Foundation will enable the researchers to extend and amplify the impact of the trial, including analysing the trial data, performing a comprehensive cost–effectiveness analysis and establishing an imaging core laboratory to collate and analyse the radiographic imaging collected throughout the trial. This will contribute to establishing a much-needed evidence-based standard of care for people with critical limb ischemia.

“BEST-CLI is a landmark trial that has the ambitious goal of establishing the evidence foundation that will help clinicians and caregivers provide the best possible care to patients with critical limb ischemia,” said Matthew Menard, MD, co-director of the Endovascular Surgery Program at Brigham and Women’s Hospital.

“Unprecedented in its effort to bring together all of the specialties that treat CLI, as well as in its global reach, BEST-CLI aims to define a sorely needed standard of care for this particularly vulnerable population of patients. Given the truly alarming rates of diabetes around the world, and the projected rise in the number of patients afflicted with critical limb ischemia, it is of paramount importance that we understand the full impact of our surgical and endovascular interventions,” he said.

Improving treatment outcomes
70% of those enrolled in the BEST-CLI trial have diabetes, and a sub study of the trial focuses on the mechanisms of revascularisation failure among this group.

Martin Ridderstråle, Senior Vice President, Medical Science, Novo Nordisk Foundation, said: “Critical limb ischemia is a devastating condition that significantly impairs people’s quality of life. Even worse, most people with critical limb ischaemia are also burdened by other serious diseases, such as diabetes. Unfortunately, there have been no scientific advances in the past 20 years in how people with critical limb ischaemia are treated to avoid amputation. By completing the BEST-CLI trial, I think that we can significantly improve the treatment outcomes for people who are at risk of amputation, so I am very pleased that we are contributing to advancing this project.” 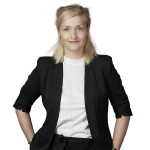