Oluf Borbye Pedersen is one of Denmark’s most esteemed researchers and has had a major impact on international science within three research fields. For his tremendous commitment and research innovation, he now receives the 2020 Novo Nordisk Foundation Lecture prize. 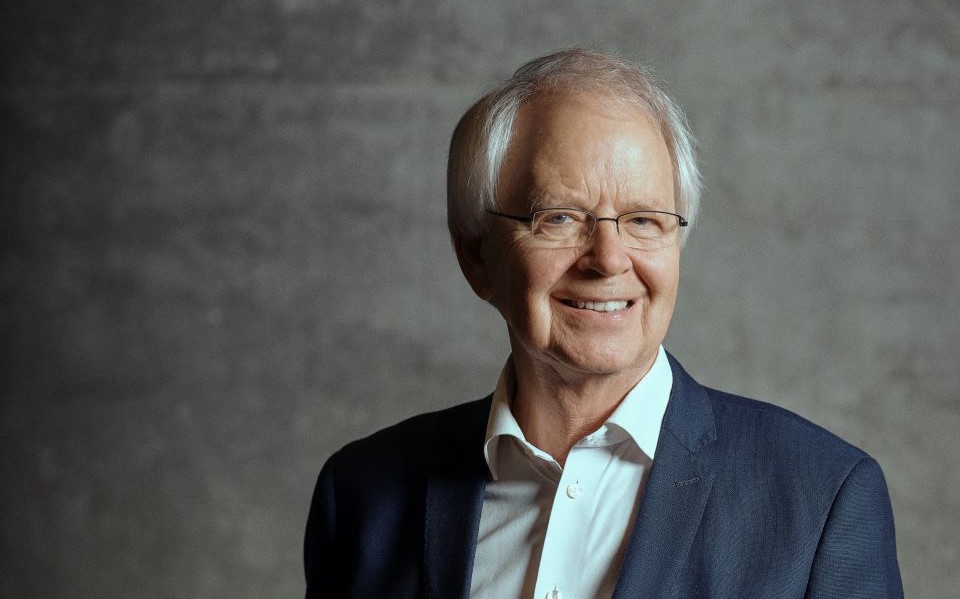 Very few scientists have such an impressive CV as Oluf Borbye Pedersen, Professor and Group Leader at the Novo Nordisk Foundation Center for Basic Metabolic Research, University of Copenhagen.

Throughout his career, Oluf Borbye Pedersen has had a major impact on at least three research fields. His long career as a leader of several generations of scientists has been driven by the passion to create novel and original knowledge through intuition, analytical rigour and determination.

First, at Steno Diabetes Center, he created new knowledge about type 2 diabetes as a multifaceted disease that needed to be attacked from multiple angles. The results from the renowned Steno 2 study are today part of the international guidelines for treating type 2 diabetes worldwide.

Diabetes research led to profound engagement in the genetic causes of the development of metabolic diseases. Over the past 20 years, Oluf Borbye Pedersen has helped to pioneer major genotyping and sequencing studies that have identified a multitude of genetic variants that predispose to developing cardiometabolic diseases.

For the past 15 years, Oluf Borbye Pedersen’s research has focused on understanding how the gut microbiome influences the health of the host. Once again, he has been a first-mover and, through innovative DNA-based microbial studies, he has radically changed the understanding of the interaction between trillions of gut bacteria and human health.

For his tremendous commitment and innovations in international and Danish research, Oluf Borbye Pedersen now receives the 2020 Novo Nordisk Foundation Lecture prize. The prize is awarded annually to an active scientist from a Nordic country for an outstanding contribution within research or treatment related to diabetes. It is accompanied by DKK 600,000 (€80,000).

Patients have always been in focus
Anna Krook, chair of the prize committee and Professor, Department of Physiology and Pharmacology, Karolinska Institutet, explains that Oluf Borbye Pedersen’s long and very energetic research career in diabetes and his focus on patients is precisely what has laid the basis for him to receive the prize.

“Oluf Borbye Pedersen has been a pioneer in using large cohorts to understand the genetics of type 2 diabetes. This research has identified many common gene variants that increase the risk of developing the disease and a number of rare variants that have provided greater insight into the metabolism of fat and carbohydrate. Oluf has also explored how microbiota affect metabolism and glucose control. His research has always been patient-based, and the translational perspective has therefore always been given priority,” says Anna Krook.

“In the right place at the right time”
Oluf Borbye Pedersen explains that he is very grateful to receive the prize but that the honour is not his alone.

“I am most grateful and delighted to receive the Novo Nordisk Foundation Lecture prize. I have been fortunate in research to be in the right place at the right time with hard-working and enthusiastic employees, and as a team we have avoided putting obstacles in the way of intuition, which is such an essential part of fostering original concepts in science,” says Oluf Borbye Pedersen.

Oluf Borbye Pedersen will hold a lecture in connection with receiving the prize to coincide with the annual conference of the Scandinavian Society for the Study of Diabetes on 17 April in Trondheim, Norway. The lecture, entitled “The Human Intestinal Bacteriome Impacts Host Metabolism”, will describe pioneering research over the past 10 years into the association between the composition and function of intestinal bacteria and the health of the host.

About Oluf Borbye Pedersen
Oluf Borbye Pedersen is Professor and Group Leader at the Novo Nordisk Foundation Center for Basic Metabolic Research, University of Copenhagen. He trained as a medical doctor at Aarhus University, receiving a gold medal in 1972. He defended his doctor of medical science thesis on molecular biology in 1983 after being trained as a specialist physician in medicine and endocrinology.

From 1989 to 2010, he was a chief physician and research director at Steno Diabetes Center. In addition, he has been Chair of the Danish Diabetes Association for 6 years; Visiting Professor for 4 years at Harvard University and Peking Union Medical Hospital and Beijing Genomics Institute in China; founded the Lundbeck Foundation Centre for Applied Medical Genomics in Personalized Disease Prediction, Prevention and Care (LuCamp); and was one of the driving forces in establishing the Novo Nordisk Foundation Center for Basic Metabolic Research at the University of Copenhagen. Oluf Borbye Pedersen has been recognized with a series of international honorary prizes and has been knighted the highest order of Dannebrog by Her Majesty Margrethe II.

About the Novo Nordisk Foundation Lecture
The Novo Nordisk Foundation Lecture was established in 1979 and is awarded to an active scientist from a Nordic country for an outstanding contribution within research or treatment related to diabetes. The recipient is invited to hold a lecture to coincide with the annual conference of the Scandinavian Society for the Study of Diabetes.