For more than 40 years, Professor Oluf Borbye Pedersen has made extremely important contributions to new understanding of the causes of type 2 diabetes and has paved the way towards different and more effective treatment. The Prize is conferred at the annual conference of the Danish Society for Internal Medicine on March 27. 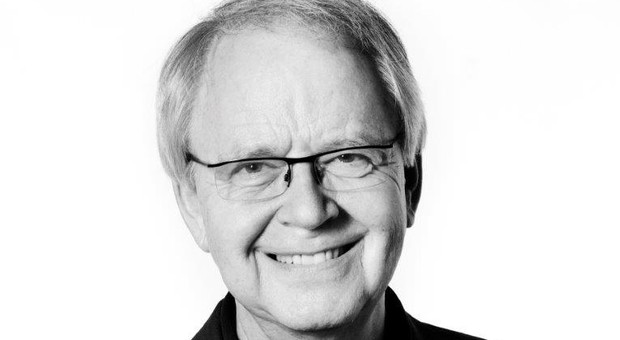 About 10% of the world population has type 2 diabetes, and the epidemic of this major noncommunicable disease is growing. For more than 40 years, Oluf Borbye Pedersen, Professor and Scientific Director of the Section for Metabolic Genetics of the Novo Nordisk Foundation Center for Basic Metabolic Research, has made extremely important contributions to new understanding of the causes of type 2 diabetes and has paved the way towards different and more effective treatment.

The Danish Society of Internal Medicine and the Novo Nordisk Foundation have therefore selected Oluf Borbye Pedersen as the winner of the 2015 Hagedorn Prize, which is accompanied by DKK 250,000.

“Oluf Borbye Pedersen is a renowned and respected clinician and researcher both in Denmark and internationally. His career has been based on pioneering and visionary clinical research within diabetes, obesity and cardiovascular diseases, and his efforts have helped set the international standard for the treatment of people with diabetes. He has thus contributed to significantly reducing diabetes-related mortality worldwide,” says Pia Nimann Kannegaard, President of the Danish Society of Internal Medicine.

In particular, the landmark Steno 2 diabetes study in 1992–2000 had an enormous impact and is a milestone in international diabetes research. The clinical trials devised and carried out by Oluf Borbye Pedersen and colleagues at the Steno Diabetes Center tested a novel treatment strategy on a group of people with type 2 diabetes who had a high risk of developing severe organ damage and dying prematurely.

“The prognosis for these people was as severe as that for several types of cancer. Therefore, instead of testing how effective one drug is in countering one risk factor for disease progression, we tested a combination of treatments to counter several risk factors. We attempted to reduce people’s blood glucose concentration, aggressively reduced their blood pressure and cholesterol and attempted to get them to adopt a healthier lifestyle by exercising more, having a greener diet with less fat and not smoking,” explains Oluf Borbye Pedersen.

The results were excellent. Eight years of intensive intervention halved the number of blood clots in the coronary arteries and brain and the number of amputations. After 13 years, the number of deaths among people with diabetes declined by 50% compared with those who followed the treatment guidelines at that time. The research results were published in The Lancet and in two editions of the New England Journal of Medicine and were instrumental in designing the current international guidelines for diabetes treatment.

Oluf Borbye Pedersen is delighted to receive the Prize:

“Gratitude and humility are the words that spring to mind. Gratitude: because talented scientists have selected me as the Prize recipient and because I would not have received the Prize without the committed researchers with whom I have worked over the years. Humility: because Hans Christian Hagedorn is a huge role model for me and because, when I served as Research Director of the Hagedorn Research Institute, I learned about the numerous innovations he initiated,” adds Oluf Borbye Pedersen.

Oluf Borbye Pedersen has been at the cutting edge of international research into the genetic and environmental causes of diabetes for many years. Today, he is the Scientific Director of the Section for Metabolic Genetics of the Novo Nordisk Foundation Center for Basic Metabolic Research. He is former Director of the Lundbeck Foundation Centre for Applied Medical Genomics in Personalised Disease Prediction, Prevention and Care.

“Genetics and the environment are clearly important in diabetes. We have discovered many genes that are important in predicting whether a person is at risk, but there are probably thousands. Further, considerable evidence indicates that several environmental factors that influence the development of diabetes transmit their effects by changing the composition and function of the bacteria in the gut. Much of our current research aims to investigate the gut microbiota as an organ and to explain the role of the ecology of bacteria in whether and how people develop obesity and diabetes,” concludes Oluf Borbye Pedersen.

ABOUT THE PRIZE WINNER

The Danish Society of Internal Medicine established the Hagedorn Prize in 1966. The Prize is conferred at the Society’s annual conference to recognize excellent research or development efforts within internal medicine in Denmark. The accompanying award of DKK 250,000 is distributed as a personal award of DKK 100,000 and an award for research or development work of DKK 150,000. The Prize also includes the Hagedorn Medal.