Bernard Henrissat is receiving the Novozymes Prize for pioneering research on characterizing and systematizing enzymes. 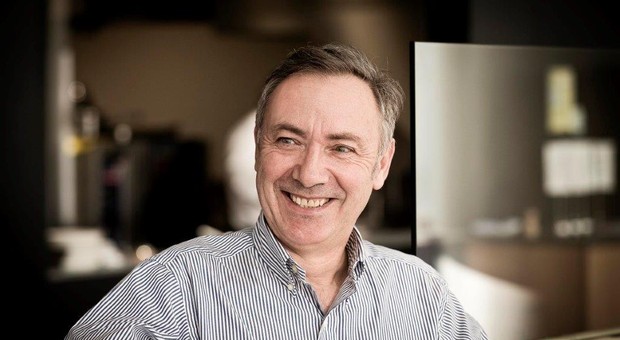 Bernard Henrissat has been selected as the first recipient of the Novozymes Prize.

The Novozymes Prize, which is accompanied by DKK 3 million, is awarded by the Novo Nordisk Foundation in recognition of outstanding research or technology efforts that benefit the development of biotechnology science.

Bernard Henrissat is receiving the Prize for pioneering research on characterizing and systematizing enzymes. As the crowning achievement of his career, he has created a unique database of significant enzymes that can be used for improving biotechnological processes, such as producing biofuels, and to combat disease and has made the database available to both science and industry. The sheer quantity of data makes the database a goldmine for researchers and companies throughout the world.

“The enzyme classification system in the database helps in analyzing microbial genomes. This will enable us to discover potentially interesting enzymes such as those that can make biofuel production more efficient. The database can also assist in finding the enzymes that are key in people’s gut flora and thereby hopefully help us to understand and prevent the obesity epidemic sweeping parts of the world,” explains Bernard Henrissat, Director of Research at the Centre National de la Recherche Scientifique, France.

PRIZE WINNER WITH MANY IDEAS

A committee of the Novo Nordisk Foundation awards the Novozymes Prize, which comprises a contribution of DKK 2.5 million towards the prize winner’s research and a personal award of DKK 0.5 million.

“I am extremely honoured and grateful to receive such a major prize. This will enable me to continue working intensively on my research, and I have many ideas for how to use the money,” says Bernard Henrissat.

“Bernard Henrissat is receiving the 2015 Novozymes Prize for his pioneering research on characterizing and systematizing enzymes that act on carbohydrate-binding molecules, from cellulose to pharmaceutically relevant proteins. As the creator of an extremely valuable database covering these important enzymes, he has generated and collected crucial knowledge about several key biotechnological processes and made it available to the scientific and industrial communities.”

Bernard Henrissat will formally receive the Novozymes Prize on 17 March 2015.