Professor Stafford Lightman is receiving the 2021 Jacobæus Prize for his career-long pioneering methods of studying hormones and the ways of treating people with endocrine disorders. 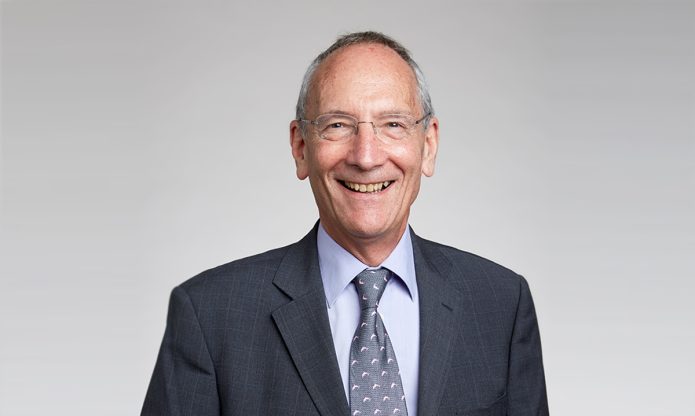 Stafford Lightman from the University of Bristol has achieved much in his long research career. One major highlight has been the discovery of the dynamics by which the body regulates the release of cortisol from the adrenal gland.

Cortisol plays a major role in how the body controls blood glucose and body fat and muscle and affects both brain functioning and the immune system.

Stafford Lightman’s groundbreaking discoveries have shown that the adrenal gland releases cortisol into the bloodstream not as a steady stream but as small pulses that can vary in size throughout the day and night.

This discovery has led to new ways of treating many people with hormonal imbalances.

The Novo Nordisk Foundation is awarding the 2021 Jacobæus Prize, accompanied by DKK 1,500,000, to Stafford Lightman for his contribution to research over many years. The purpose of the Prize is to promote medical research, and it is awarded annually to a distinguished international researcher, who is invited to give a lecture on his or her research.

“Stafford Lightman’s research has contributed substantially to understanding cortisol and especially the importance of its pulsatility and circadian rhythm. We would like to honour this important research and its significance for people with several diseases by awarding him the Jacobæus Prize,” says Anna Krook, Chair of the Foundation’s Committee on Endocrinology and Metabolism and Professor, Department of Physiology and Pharmacology, Karolinska Institutet, Stockholm, Sweden.

Stafford Lightman says: “Receiving the Prize comes as a great surprise because I had no idea anyone had nominated me. It is also rewarding to know that my work over the past decade is valued and considered important.”

Improved understanding of disease
Another pivotal moment in Stafford Lightman’s career is his invention of a small, portable biosampling device that can measure the concentrations of hormones around the clock in people going about their normal everyday activities.

The blood concentration of most hormones rises or falls across the day and night, and using a single blood test to measure whether the concentrations at a specific time are within the normal range or may indicate disease can therefore be very inaccurate.

Using the device invented by Stafford Lightman, researchers can measure the concentrations of hormones 24/7 in the person’s home including undisturbed sampling during sleep. The device provides a whole new understanding of the hormonal characteristics of various diseases.

“This is a completely new tool that can be used to diagnose people with Cushing’s disease and improve the quality of hormone replacement therapy in many hormonal diseases,” explains Stafford Lightman.

Long career
Stafford Lightman has been a professor of endocrinology since 1988 and a Professor at the University of Bristol since 1993.

He was President of the British Neuroscience Association from 2017 to 2019. He has published more than 600 scientific articles and has been a pioneer in his field. He was also the founder Editor-in-Chief of the Journal of Neuroendocrinology. He became a Fellow of the Royal Society in 2017 for his contribution to his field.

Stafford Lightman will receive the 2021 Jacobæus Prize on 21 April in Bergen, Norway at a prize symposium rescheduled following its cancellation in 2021 as a result of the COVID-19 pandemic.

The Jacobæus Prize was established in 1939 to commemorate the Swedish professor Hans Christian Jacobæus. The purpose of the Prize is to promote medical research, and it is awarded annually to a distinguished international researcher, who is invited to give a lecture on his or her research on a topic within physiology or endocrinology. The accompanying award of DKK 1,500,000 (€200,000) is distributed as a personal award of DKK 250,000 and an award for research or development work of DKK 1,250,000.

The Prize is awarded under the auspices of the Committee on Endocrinology and Metabolism of the Novo Nordisk Foundation, with lectures being held mainly at Scandinavian universities or in European cities and towns connected with medical research.

Hans Christian Jacobæus (1879–1937) was a Swedish professor and pioneering clinical researcher who developed a method for exploring the pleural cavity (thoracoscopy) using a cystoscope, which greatly improved the diagnosis and treatment of lung diseases, especially tuberculosis. Hans Christian Jacobæus served on the Board of the Nordisk Insulin Foundation from its inception in 1926 and until his death.