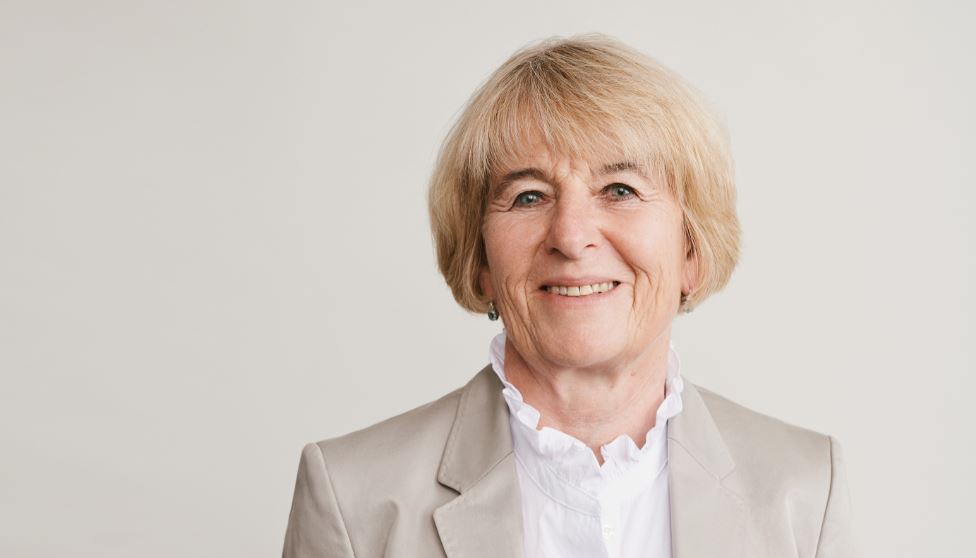 Professor Anette-Gabriele Ziegler, one of the world’s leading clinical researchers on type 1 diabetes, is receiving the EASD–Novo Nordisk Foundation Diabetes Prize for Excellence for her outstanding efforts to reduce the burden of a serious chronic childhood disease, ultimately striving for a world without type 1 diabetes.

Just over 100 years ago, one of the greatest discoveries in medical history took place, when surgeon Frederick Banting and student Charles Best at the University of Toronto successfully treated a 14-year-old dying from diabetes with an injection of insulin.

But while treatment since has become widely available, diabetes occurrence has rocketed globally, becoming one of the biggest threats to human health. In the US alone, type 1 diabetes has risen almost 30 percent in only 10 years. While people with diabetes today live longer, conventional insulin therapy is by its very nature a treatment that only controls the disease – it does not cure it.

“My vision and goal are to create a world without type 1 diabetes. This means to find out, how we can diagnose, prevent and treat the disease,” says Anette Ziegler, Professor and Director of the IDF Institute of Diabetes Research at Helmholtz Munich.

Through her career, Anette Ziegler has been a leader within type 1 diabetes research. Her development of innovative screening programmes has created pioneering new knowledge about the cause of the disease and can pave the way for earlier diagnosis, better prevention and ultimately a future world without type 1 diabetes.

For her outstanding contributions that have improved our knowledge of diabetes, Anette-Gabriele Ziegler is receiving the 2022 EASD–Novo Nordisk Foundation Diabetes Prize for Excellence. The Prize is accompanied by DKK 6 million (€806,000) and awarded in collaboration between the European Association for the Study of Diabetes (EASD) and the Novo Nordisk Foundation.

“I am really truly honoured to receive the Prize, as it acknowledges our three decades long pursuit of a dream. I get stimulated by people, by ideas, by new things, and I still want to discover new things. I like things that sound impossible but become possible. As a doctor, I’ve worked with many, many patients. I help them and I know what it means to live with this disease 24/7. So I would be extremely happy to know that one day maybe we have really cured this disease, and that children never again need to inject themselves – or get injection of – insulin,” says Anette Ziegler.

Stefano Del Prato, President of the EASD and Chair of the committee that awards the Prize, says:

“Professor Anette-Gabriele Ziegler is a world-leading clinical scientist in the field of type 1 diabetes, evidenced by over three decades of ground-breaking discoveries with a potential to revolutionise current thinking on personalised prevention in children at risk of type 1 diabetes. Without question, Professor Ziegler is recognised as an outstanding and inspirational individual joining the list of previous luminary recipients of the EASD-Novo Nordisk Foundation Diabetes Prize for Excellence.”

Revolutionary study
After her medical studies, Anette Ziegler by coincidence joined the department of endocrinology and diabetes and started treating people with diabetes. Stimulated by a fellowship at the Joslin Diabetes Center, she returned to Germany in 1988 with an idea to perform the world’s first prospective diabetes birth cohort following the children at regular intervals throughout childhood and adolescence.

“We found that the first early peak of autoimmunity is linked to insulin autoimmunity, so the saviour of type 1 diabetes is also the first target of this autoimmune disease and thus a main reason to why the disease develops in the body. However, it is the presence of multiple autoantibodies against the islet cells in the pancreas, that constitutes the critical point of no return,” she says.

Once more autoantibodies appear, the clock starts for a process which eventually destroys the insulin-producing cells. Similar to other autoimmune diseases and allergic reactions, the aggressor in type 1 diabetes is the immune system. Based on their previous findings, Anette Ziegler and colleagues thought they might somehow be able to suppress or re-educate the immune system.

“We wondered whether they could create tolerance by stimulating children at high risk very early with small amounts of insulin – before they even turned 1 year old,” says Anette Ziegler.

She therefore initiated pilot studies giving insulin to people with autoantibodies against insulin – with promising results. Changes in the immune system were registered and suggested a delay in the progression of the disease. The researchers are now waiting for the result of a large-scale study using oral insulin for prevention.

Global platform for disease prevention
The culmination of more than 25 years of dedicated effort came in 2015 when Anette Ziegler launched the Global Platform for the Prevention of Autoimmune Diabetes (GPPAD). Through centers in Germany, the UK, Poland, Sweden, and Belgium, GPPAD has screened over 350,000 newborns.

“With genetic testing we can now identify newborns who have a 1 in 10 risk of developing early signs of type 1 diabetes compared with the general population’s risk of 1 in 250. Of those, 1,050 infants have been enrolled in the oral insulin trial, with the aim of preventing the initiation of islet autoimmunity,” she says.

“Although the incidence of type 1 diabetes among young children is still steadily increasing and it is the most common metabolic disease in childhood and adolescence, it is my true belief today, unlike 30 years ago, that there are great hopes for a world without type 1 diabetes,” says Anette Ziegler.

The EASD–Novo Nordisk Foundation Diabetes Prize for Excellence is awarded to an internationally recognized researcher who has contributed significantly to diabetes research.

The Prize is accompanied by DKK 6 million – of which DKK 1 million is a personal award and the remaining DKK 5 million is for research purposes.
The Prize is awarded in collaboration between the European Association for the Study of Diabetes (EASD) and the Novo Nordisk Foundation. A special prize committee appointed by the EASD decides the recipient, and the Novo Nordisk Foundation donates the money accompanying the Prize.
The Prize recipient’s research may focus on prevention, treatment and/or basic research in physiological biochemistry. The research may also be clinically oriented. In addition, the Prize may be awarded for the “discovery of the decade” within diabetes research.

The European Association for the Study of Diabetes e.V. (EASD) is a membership-based academic non-profit organization. The aims of the Association are to encourage and support research in the field of diabetes, the rapid diffusion of acquired knowledge and to facilitate its application.

The EASD Annual Meeting is one of the largest diabetes-related conferences in the world. EASD is also an active player in postgraduate education having trained over 40,000 healthcare professionals through training courses and online education activities.

EASD is the publisher of Diabetologia, a major monthly international diabetes journal with an impact factor of 10.46 (2021). For more information, please visit: www.easd.org.