Prize Winner Is Spearheading the War Against Bacteria

The Novo Nordisk Foundation awards the 2014 Novo Nordisk Prize to Søren Molin for his pioneering studies of bacterial biofilms and their significance in developing disease. 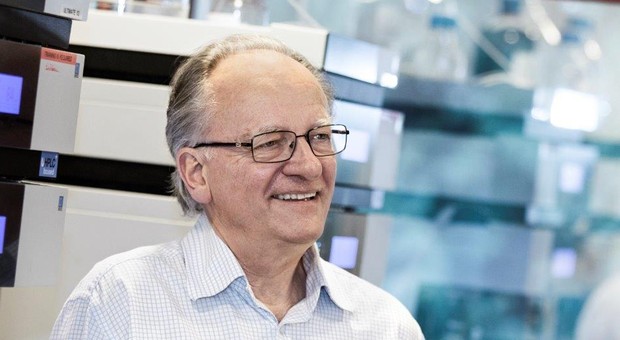 The prevalence of multidrug-resistant bacteria is growing rapidly, and bacterial infections comprise the third most frequent cause of death globally, only surpassed by cancer and cardiovascular disease. One problem is that bacteria have the ability to aggregate in a slimy layer called a biofilm that protects them against antibiotics and the human immune system.

In decades of systematic and original research, Søren Molin, a professor at the Technical University of Denmark, has clarified how bacterial biofilms form and has identified their roles in infection processes. This knowledge is the key to treating and preventing chronic infections, and the techniques developed by Søren Molin have rippled out from his laboratory across the world.

Søren Molin has collaborated with Rigshospitalet – Copenhagen University Hospital on how bacteria adapt to the conditions in the airways of people with cystic fibrosis to form biofilms. Using molecular methods, he has demonstrated how bacteria can create chronic infections and become resistant to both a person’s immune system and antibiotics.

The Novo Nordisk Foundation awards the 2014 Novo Nordisk Prize to Søren Molin for his outstanding research over many years. The Prize is accompanied by DKK 1.5 million – of which DKK 500,000 is a personal award and DKK 1 million is for research. A further DKK 300,000 is awarded for holding an international symposium within the Prize recipient’s field of expertise.

“We hope that improved understanding of the mechanism by which bacteria adapt can inspire others to develop new treatment strategies to combat these tenacious and chronic infections. In the long term, this will increase the chance that the arms race between bacteria and antibiotics will tip in people’s favour,” says Søren Molin.

“I am very pleased and proud to receive this honour. It is really important that the work I consider to be very significant is also judged to be meaningful by others. This recognition is stimulating for everyone involved in the research programme; I do not see the Prize simply as acknowledging my work but also that of the many fantastic colleagues and students with whom I have been lucky enough to work during the past 20 years,” says Søren Molin.

Jan Fahrenkrug, Chair of the Novo Nordisk Prize Committee, says: “Throughout his career, Søren Molin’s scientific activities have been technically and conceptually groundbreaking. He is a pioneer and one of the world’s leading and most esteemed researchers in bacterial biofilms, and his research can contribute to improving the quality of life of people all over the world.”

The awarding of the prize takes place on 3 May.