175 researchers participated in "PTMs in Cell Signaling" - the 6th edition of the Copenhagen Bioscience Conferences. 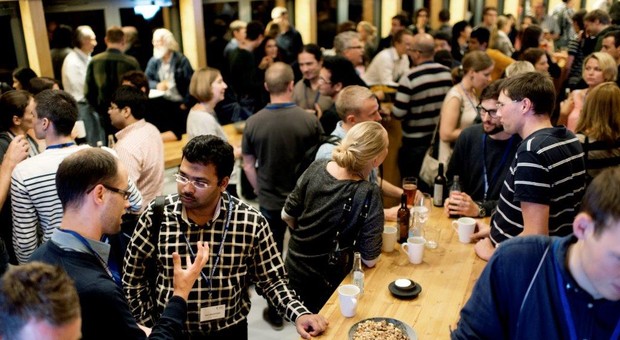 It was something out of the ordinary.

Professor Michael Yaffe, MIT, wore a pink wig, Professor Yang Shi, Harvard Medical School, put on a Viking helmet, while Professor Margaret A. Goodell, Beylor College of Medicine, wore a white pigtails wig and a Viking helmet as the Monday night PI Pub got off to a flying start.

Before the start of the session, a group of prominent names had found a suitcase full of costumes – and put them on.

– You only got one life to make a fool of yourself, so why not, said Michael Yaffe afterwards.

He was one of five renowned researchers, who had made themselves available for an informal question session with the younger conference participants.

The rather unusual spectacle took place at the conference “PTMs in Cell Signaling” – the 6th edition of the Copenhagen Bioscience Conferences. The conferences bring together some of the world’s top researchers and young talent to discuss the latest scientific results and hottest topics within a particular field. The purpose of the conferences is to enable participants to build an international network and relationships and to exchange knowledge and ideas. To achieve this, the conferences aim to promote a relaxed, trusting and open atmosphere for scientific debate.

The PI Pub was part of this, and PhD Student Kristina B. Emdal, Novo Nordisk Foundation Center for Protein Research, was excited about the format.

– It was one of the best things I have ever experienced career-wise. I talked to Michael Yaffe, and just to sit in a relaxed setting asking questions was really rewarding. He gave some personal and honest answers, and I had some excellent guidance on career issues, says Kristina B. Emdal.

The conference was arranged by the Novo Nordisk Foundation Center for Protein Research. In 2012, the Center hosted a conference also by the name of “PTMs in Cell Signaling” – however with different themes and speakers.

Professor Michael Yaffe was one of those participating for the second time.

– This is a really great meeting. Certainly one of the best I have gone to in a year: Fantastic speakers, great organizers, important topics. You couldn’t handpick a better group of scientists who are open and sharing and willing to really get engaged in science.

– I hope to be back in another two years, said Michael Yaffe.

The four-day conference saw 14 scientific sessions on topics such as ”clinical proteomics”, ”DNA damage signaling”, and ”disease pathways”. The sessions also included the PI Pub, the Editors Corner, at which the participants could meet and discuss with editors from scientific journals, and two poster sessions.

During the conference, a total of 22 renowned researchers gave 25-minute talks while half as many talented researchers were invited to give 10-minute short talks. One of those given this opportunity was Debbie Marks, Assistant Professor at Havard Medical School:

– It is a fantastic opportunity, even if it is only 10 minutes, because people get to hear what you do. People do look at posters, but it is not the same. Having people see you on stage improves the opportunity for networking and establishing collaborations. Also, having to talk about your research forces you to communicate more clearly, says Debbie Marks, before commenting on the research presented at the conference.

– The scientific level is very high. It is up to the standard of the Gordon and Keystone conferences. It is world class, she says.

The conference was held at Favrholm in Hillerød located 45 minutes north of Copenhagen and had no commercial content. The venue was reserved solely for the conference participants.

The social part of the program included a harbour tour of Copenhagen and a visit to the Royal Danish Opera. Here, Tenor Gert Henning-Jensen gave the participants a taste of what opera has to offer by almost lifting the roof off with his voice.

– I have made come with a lot of Postdocs, PhDs and PIs. I have got interesting suggestions for my research, and I have also been contacted by people asking for things I can help them with, she said.

Jiri Lukas, Executive Director of the organizing center, rounded off the scientific program by thanking the attendees for their contributions.

– The key element of this fantastic conference is you participants. You brought the interdisciplinarity, you interacted, and you had the discussions, said Jiri Lukas.

He didn’t mention the Monday night costumes, though. 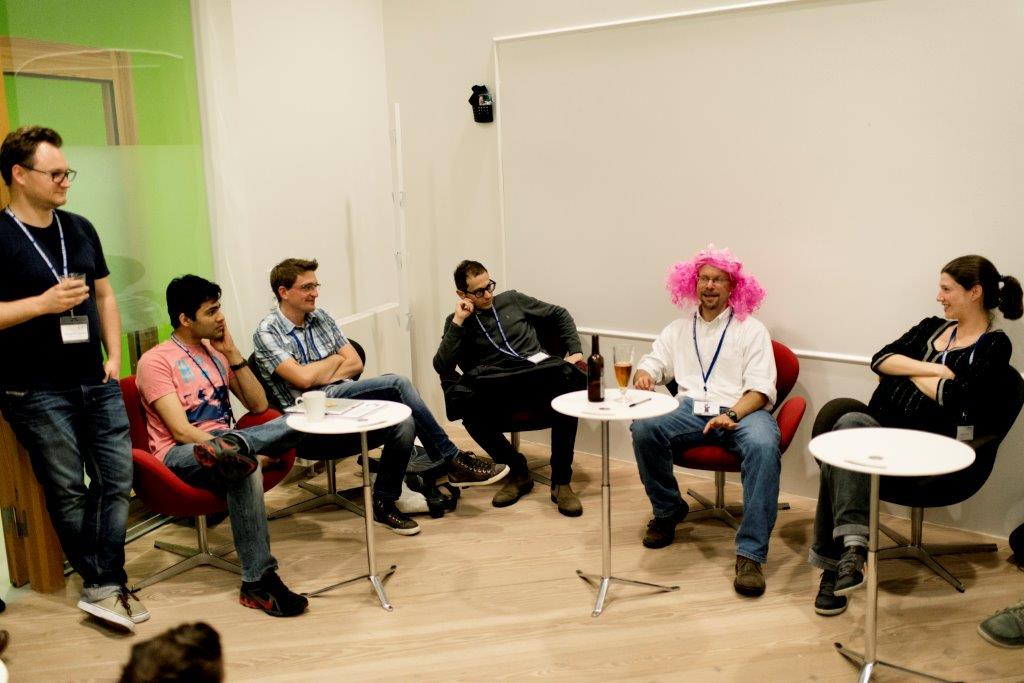 Professor Michael Yaffe attracted a lot of attention during the PI Pub. 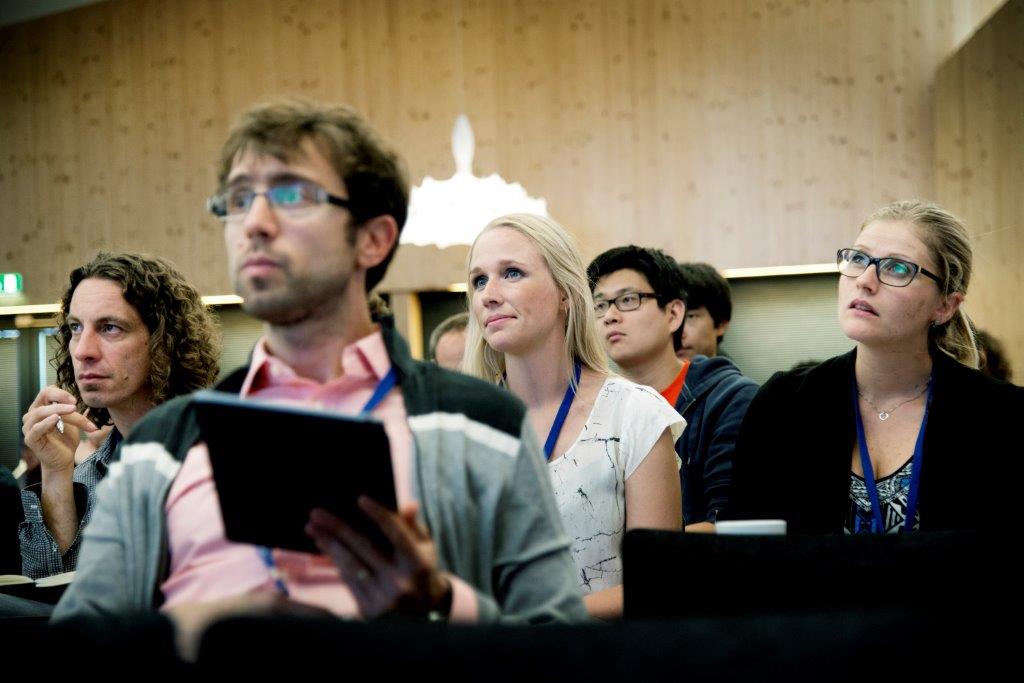 Kristina B. Emdal (center) at one of the sessions in the auditorium. 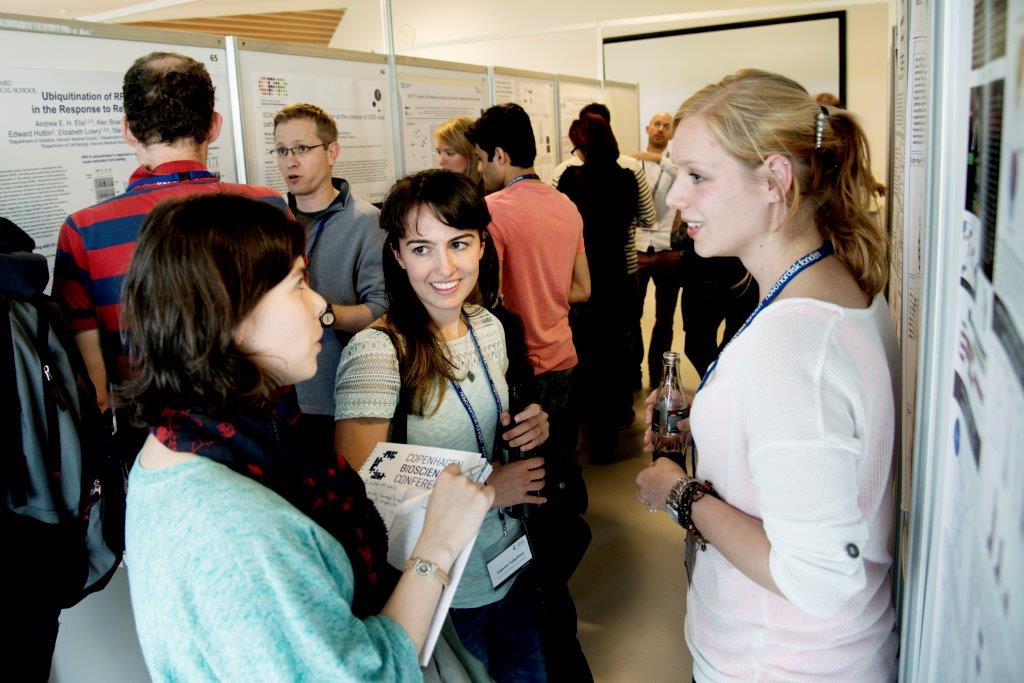 Visit to the Royal Danish Opera.