Michael Kjær is receiving the 2020 Hagedorn Prize for research that has created pioneering new knowledge on rehabilitation and retraining after injuries. The Prize is accompanied by DKK 1.5 million. 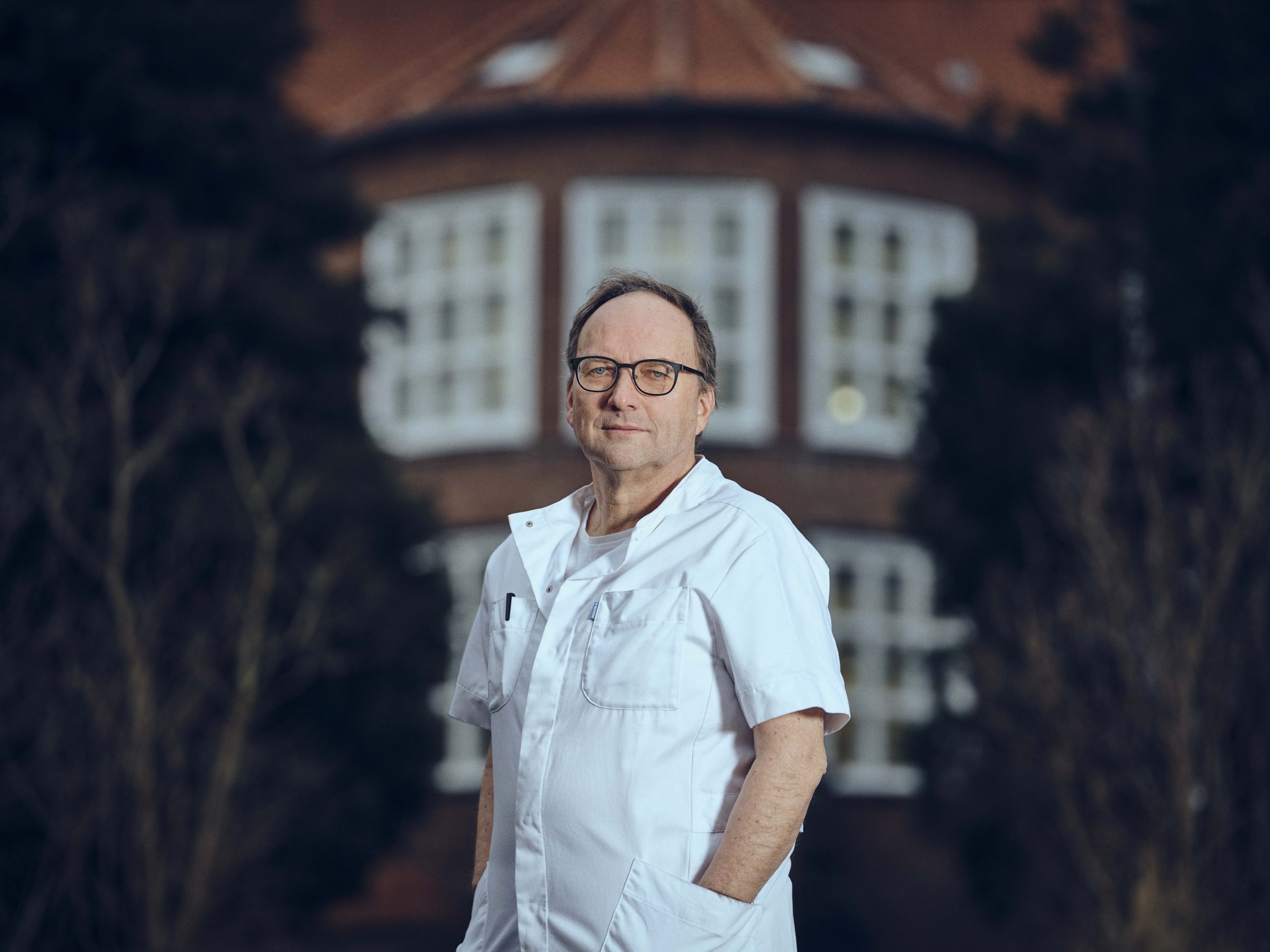 Michael Kjær, Clinical Professor, Department of Clinical Medicine, University of Copenhagen and Bispebjerg and Frederiksberg Hospital has used most of his research career and life seeking to understand why we develop overuse injuries, regardless of whether we exercise for fun or at an elite level.

His research has created new insight on the interaction between muscles, the brain and metabolism. Overall, Michael Kjær’s major impact on research in sports physiology has contributed to significantly better understanding of how exercise affects metabolic health and the health of joints and tendons. He is receiving the 2020 Hagedorn Prize for his commitment over many years.

“At a personal level, I am very proud and honoured to be receiving the Prize, and I am equally proud that the Prize is recognizing my research field. This type of prize is often awarded to researchers who focus on cancer, the brain, the heart and other parts of the body in which research can definitely save people’s lives. Sports medicine does not do this in the same way, but injuries in connective tissue affect many people, and I am pleased that the Prize is also acknowledging this,” says Michael Kjær.

The Hagedorn Prize is accompanied by DKK 1.5 million and is awarded annually to recognize excellent research or development efforts within internal medicine in Denmark. The Danish Society of Internal Medicine and the Novo Nordisk Foundation award the Prize. The Prize also includes the Hagedorn Medal.

His research career can be divided into two phases, and both have influenced people and their health.

In his early years as a researcher at the Department of Medical Physiology, University of Copenhagen, he generated completely new insights into the interaction between muscles, the brain and metabolism. One thing he discovered is that stimulating the muscles of people with paralysis can develop their muscle mass and strengthen their cardiovascular functioning and metabolic health.

In 1986, Michael Kjær went to Stanford University in the United States and worked alongside Gerald Reaven, an internationally renowned professor who was the first to describe the metabolic syndrome as the precursor to type 2 diabetes. The research in the United States resulted in a new discovery about muscular work and type 2 diabetes. Both research results were subsequently developed into clinical guidelines that healthcare professionals still use today.

In the past 25 years, Michael Kjær’s research career has focused on overuse injuries to the tendons, joints and muscles. One thing this research has shown is that retraining injured joints such as those in the knees and shoulders is usually beneficial instead of resting them completely.

This approach to retraining and rehabilitation was unthinkable 25 years ago, but Michael Kjær’s research has turned this into textbook material that everyone in sports physiology now considers, whether they are researchers or people retraining elite athletes to get them back into top shape. The research results have been published in some of the world’s most renowned scientific journals, such as Science and the New England Journal of Medicine.

“I am very happy and proud to have pioneered many things with other researchers in both my early research on hormone regulation and my current research on overuse injuries to connective tissue,” says Michael Kjær.

Lifelong passion contributed to being nominated
Michael Kjær was nominated for the 2020 Hagedorn Prize because of his personal and tireless commitment to research in several fields according to Pia Nimann Kannegaard, Chair of the Board of the Danish Society of Internal Medicine, which decides who receives the Prize based on nominations from the Society’s members.

“Michael Kjær’s extensive research in sports physiology, rheumatology and healthy ageing reflects a lifelong passion for both basic and clinical research. Michael Kjær has made pioneering discoveries that have been recognized both in Denmark and internationally. His list of publications and supervisory activities are impressive and speak for themselves. As a researcher, clinician and teacher, Michael Kjær exhibits curiosity, integrity and perseverance, which is why the Society’s board of directors has decided to award him this year’s Hagedorn Prize,” says Pia Nimann Kannegaard.

Michael Kjær will officially receive the Prize at the Society’s annual general meeting on 28 February.

About Michael Kjær
Michael Kjær is a clinical professor of sports medicine at the University of Copenhagen and a consultant at Bispebjerg and Frederiksberg Hospital. He received an MD degree in 1984 and a Doctor of Medical Science degree in 1988. He became a specialist physician in rheumatology in 1995 and, since 1997, he has been at Bispebjerg Hospital as a consultant at the Department of Rheumatology and later Department of Orthopaedic Surgery. He has served on the Danish Research Council for Health and Disease and is currently a member of the Lundbeck Foundation’s Board of Trustees and Research & Prize Committee. He is also a visiting professor at the University of Oxford.

In addition to the 2020 Hagedorn Prize, Michael Kjær has received the 2019 International KFJ Award, the 2015 Nordic Medical Prize, the 2014 Codan/SEB Pension Prize and the 2011 Queen Ingrid Research Prize.

About the Hagedorn Prize
The Hagedorn Prize was established by the Danish Society of Internal Medicine in 1966 and is awarded at the Society’s annual general meeting to recognize excellent research or development efforts within internal medicine in Denmark. The accompanying award of DKK 1.5 million includes a personal award of DKK 250,000 and an award for research or development work of DKK 1.25 million. The Prize also includes the Hagedorn Medal.

The Society was established in 1916 and has a Board of Directors of nine members selected by the boards of each of the nine internal medicine specialities.