A celebration honouring the five recipients of the Novo Nordisk Prize and the Novozymes Prize for the last 2 years was held at a major prize event in Bagsværd on Friday, 17 September. 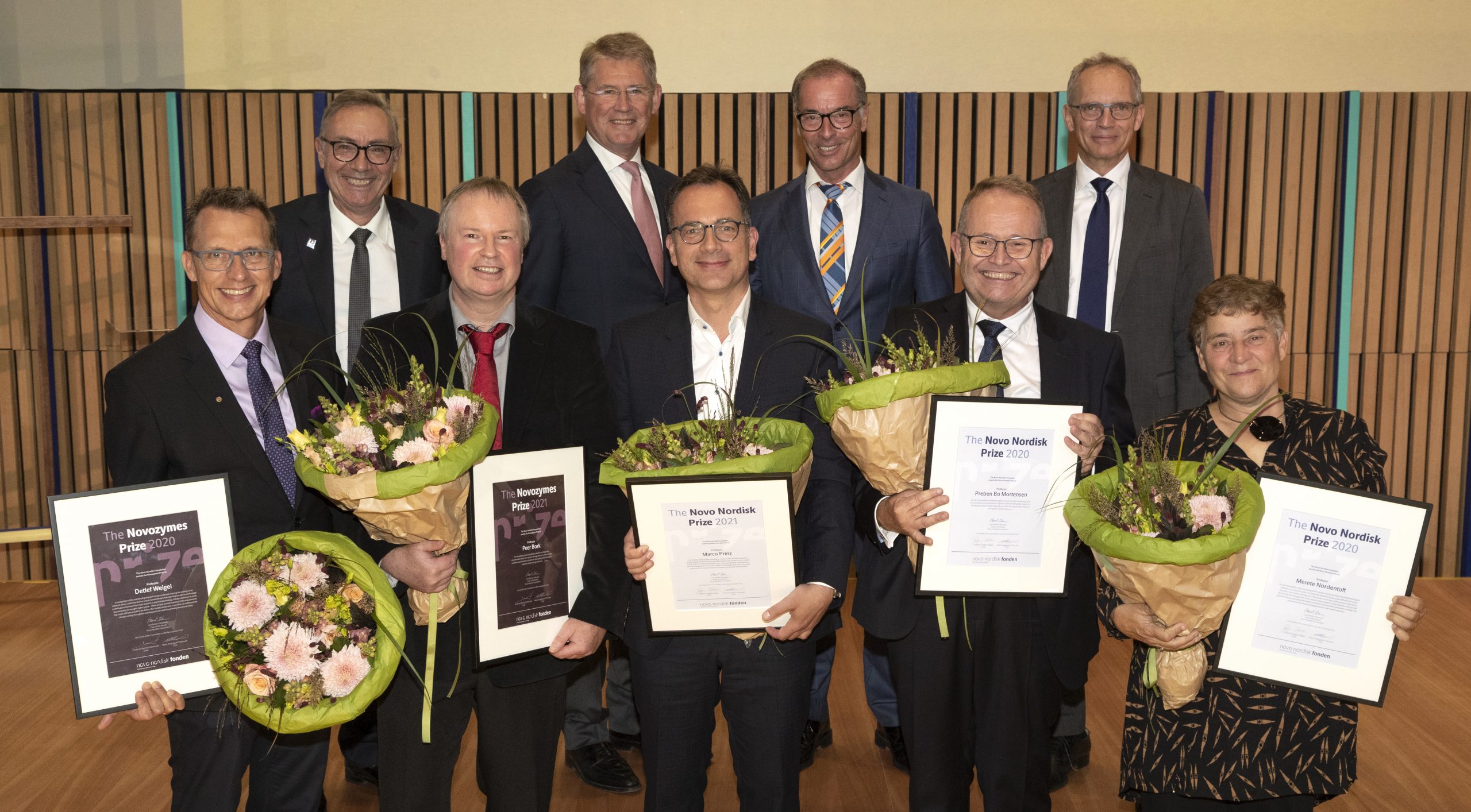 In 2020, the traditional annual prize ceremony had to be postponed because of COVID-19. As a result, the recipients of the 2020 prizes were also invited and feted at this year’s event.

The evening programme featured five exceptional scientists who have each made an outstanding research contribution within their respective fields.

The recipient of the 2021 Novo Nordisk Prize was Professor Marco Prinz from the University of Freiburg, who received the Prize for his outstanding research within neuroimmunology. In 2020, the Prize was shared by Merete Nordentoft, Professor and Consultant at the University of Copenhagen and Preben Bo Mortensen, Professor at Aarhus University. The two recipients were jointly awarded the Prize for their pioneering clinical and epidemiological research contribution to medical science in Denmark.

This year’s Novozymes Prize recipient was Peer Bork, a bioinformatician and Director at the European Molecular Biology Laboratory in Heidelberg, Germany. He received the Prize for developing pioneering, open-access and integrated bioinformatic tools that can be used to investigate theories on disease, the environment and other global challenges. The 2020 Prize was awarded to Detlef Weigel, Professor and Director at the Max Planck Institute for Development Biology in Germany, who received the Prize for his outstanding research contribution that resulted in pioneering knowledge on the genetic structure of plants.

You can watch films about the Prize recipients below.

The Novo Nordisk Prize recognizes an active scientist who has made an outstanding international contribution to advance medical science to benefit people’s lives.

The Novozymes Prize is awarded to recognize outstanding research or technology contributions that benefit the development of biotechnological science for innovative solutions.

Window into the researchers’ world
The Novo Nordisk Foundation has produced a film about each Prize recipient and their unique research.

The vision of the Foundation is to contribute significantly to research and development that improves the lives of people and the sustainability of society. Since 2010, the Foundation has donated more than DKK 30 billion (€4 billion), primarily for research at public institutions and hospitals in Denmark and the other Nordic countries as well as research-based treatment and prevention of diabetes. Read more at www.novonordiskfonden.dk/en