Nature Medicine is the highest-cited research journal in preclinical medicine and has no problems attracting manuscripts for the journal. However, like the scientific world Senior Editor Randy Levinson is on a constant move. This year he returned to the Copenhagen Bioscience Conferences in Hillerød. To stay on top, Nature Medicine needs to stay in tune with the top scientists in the field. 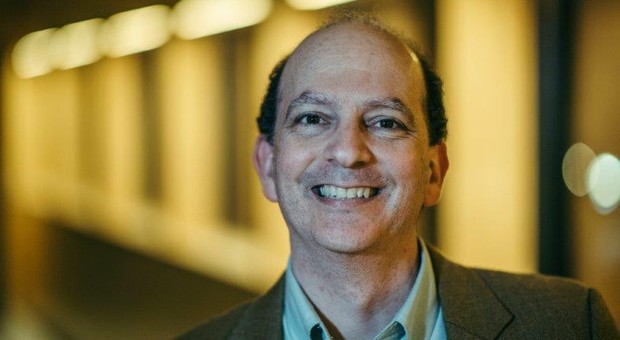 It is a bit like being a confidante. Randy Levinson almost behaves like a scientist. He used to be a scientist himself. He knows – better than most – what’s going on in the scientific community. He goes to the same meetings. And he talks to the scientists like they were colleagues. However, he does not do any scientific research himself.

“Much of the work is of course handled at the office where we read and evaluate submitted manuscripts, but to choose the right manuscripts for external peer-review and eventually for publication it is crucial that the editorial team knows what is going on in the research world. Therefore, to stay fully up to date on the key issues and breakthroughs in the fields we cover, the editors at Nature Medicineneed to remain in constant touch with the leading researchers in the field. A key way to do that is to attend conferences and visit scientists in their labs,” he says.

This is precisely why Randy Levinson took part in the conference “Nutrient and Metabolite Sensing” on Favrholm Hillerød in November 2015. Here the Novo Nordisk Foundation Centre for Basic Metabolic Research and the Novo Nordisk Foundation had invited 180 leading scientists in the field of metabolic research from around the world for three days. The relatively small number of participants appeals to Randy Levinson.

“I’ve been to a few of the major conferences with thousands of participants. These conferences have broader scopes and thus provide the bigger picture, but they can easily become superficial and impersonal. This is the great strength with the slightly smaller conferences, where it is possible to focus on the science and where there is a greater social interaction to find out what’s new,” says he, who has been Senior Editor at Nature Medicine since 2005.

Another strength of the Copenhagen Bioscience Conferences is the diversity among participants. There are both well-established researchers and young talented researchers, who may be the future in the field. The conference is also an opportunity to find new authors to submit to Nature Medicine.

“Copenhagen Bioscience Conferences are among the 6-7 conferences a year that I give priority to participate in. The conference provides an insight into where the absolute forefront of the research is right now. Some of the world’s best scientists are assembled here, so it is a perfect place to gather the intelligence I need as an editor to judge where the field is and where it might be going.”

Consequently, it gives the opportunity to capture the best and the latest research and to listen in on the scientist’s sessions but even more important is the chance to talk to the researchers face-to-face. Unlike undercover spies, the personal contact is, according to Levinson, crucial to his success of his work.

“Meeting the scientists in person allows me to give more immediate feedback on their research, and hopefully future submissions to our journal, while also identifying potential new reviewers, especially among the younger PI’s. It’s important to get to know the younger scientists as they are the future life blood of the field.”

“Journals do not pay external peer-reviewers, so it’s a bit of a thankless job, but a critical one to the success of not only the journals but to the field in general as their efforts help maintain the necessary standards. And without personal contact it can be very difficult to get outside experts to go the extra mile when they evaluate complicated papers. This is also true for authors, as building personal relationships can sometimes help us convince them to do the hard, but important experiments. A personal touch with the communities we cover is thus a priority for us as editors,” says Randy Livinson.

The next conference in the Copenhagen Bioscience Conferences series is “The Stem Cell Niche – development & disease” 22-26 May 2016.